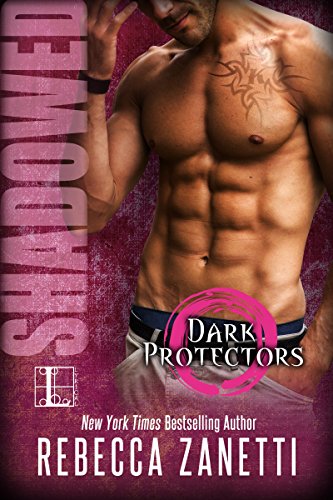 Danger signs rise off Jase Kayrs like steam—the scars, the secrets, the strength. He’s got a mission, and he’s not interested in much outside of it. Except Brenna Dunne.

Brenna was an ass-kicking, name-taking witch—before the poison that’s killing her sapped her powers too. She knows there’s more to Jase than a handsome face and an ugly history. But there’s no time to find out what. Taking him as her mate might save her life. But once she unleashes the force of his desire, there will be no turning back…

Ready or not, here they come…

Published October 21, 2014 in trade paperback exclusively by Books a Million for a limited time for Kensington Publishing (Lyrical High Notes).

“You used to like me, Brenna Dunne.”
The gentle touch slid right under her defenses and zinged around, warming her abdomen. Her breath quickened. Vulnerability and need battled through her at his obvious manipulation. “I don’t know you anymore.”
His upper lip twisted. “Nobody knows me anymore.” The scar stood out, even on his bronze skin. “I won’t hurt you.”
So much for being over her childhood crush. Deep down, a base part of her awoke with the thought that he wanted to mate her. She didn’t want to die, and she’d love to help him regain his gift. Hell, five minutes in his presence, and she wanted to jump him. But to mate out of necessity? “I don’t know.”
He gave a quick nod. “You have time to think about it.” Calloused fingers slid the shirt off her left shoulder.
Cool air brushed her. Awareness flushed through her, but the chair kept her from stepping back. “What are you doing?” she breathed.
His gaze dropped to her neck. “I’m going to bite you, and then you’re going to bite me.”
Her lungs seized. She shook her head, dislodging his fingers. “Why?”
“To feel better.” His thumb and forefinger grasped her chin, tilting her head back. “My blood will give you temporary strength, but I need to bite you first so your body can take it.” The intensity of his gaze slammed awareness through her blood. “If you’re going to consider my offer, I’d prefer you remembered how it felt to be at full strength.”
Temptation smacked up against caution. Heat flushed through her from the firm hold on her chin. Commanding and strong, Jase tempted her in a frightening, primal way. Taking his blood once wouldn’t create any sort of bond, and the idea of having strength again, even temporarily, swelled her with hope. Curiosity stretched awake. Years ago, when they’d both been healthy and unharmed, she’d had more than one fantasy of his taking her blood. “All right.”
His fangs dropped— low and wicked.
Intrigue hummed beneath her skin.

Shadowed is proof that no other author does Paranormal Romance better than Rebecca Zanetti! I loved this novel! Readers are in for hot and dangerous vampire sex and an alpha hero.  Zanetti delivers a provocative novel of sex, love and danger! –Night Owl Reviews Top Pick Review

“What a RIDE! I’ve read the novella that comes before this one, Twisted. It’s about the shifter element in Ms. Zanetti’s world and Jase was in it. I was immediately intrigued by him and I wanted to know more. Well, this book gives us more Jase and I loved it.  I stayed up past midnight reading this one. Just couldn’t put it down! Yes, this one is most definitely a FIVE BOOKMARK read. This is a paranormal world that one truly wants to dive right into.” First Page to the Last (5 bookmarks)

“I really enjoy these books.  Rebecca Zanetti does a really spectacular job of building a continuing story over the course of the series, while at the same time, giving each book a fantastic romance and stand alone story.  I love how determined they both were to heal the other, even though their own Issues got in the way at time.  The sex was hot and satisfying, but it didn’t overshadow the relationship development. The action is great –the danger never felt manufactured.  I didn’t want to put it down. One of my favorite things about these books is how cohesive they are (though they CAN be read as standalones.) All of our favorite characters from previous books play a part.  Even the couples from the novellas get shout outs.  If you haven’t tried these books before, there is no time like the present.” Red Hot Books (4 stars, B rating)

“I was very excited to read Shadowed, Jase Kayrs story. I couldn’t wait to get inside his head and see him find his happily ever after. What an amazing story it turned out to be! It was amazing to see how the Kayrs family rallied around Jase and Brenna. The relationship between the brothers is fabulous to watch. The compassion and acceptance of their spouses was amazing and the complete devotion to each of the family members was heart melting. The story was packed with action, explosive and steamy romance, plenty of humor, heart touching moments as well as nail biting suspense…add in the paranormal aspect and Rebecca Zanetti created a perfectly superb dark fantasy and a must read.”  Tome Tender Book Blog (5 stars)

“HOLY WOW!!!! I loved this book, love this world, love Jase & Brenna and love Rebecca for writing this series. I can promise that Shadowed will not let you down. If you are new to the Dark Protectors series I would highly suggest starting from the very beginning. I so can’t wait to see what is next!!!!”  Books and Kisses (4.5 stars)

“I love The Dark Protectors Series! Shadowed was full of danger and scorching romance. Jase and Brenna heated and scorched up the pages in this book. Jase was the sexy, carefree, and charming brother. This was an emotional read for me. Jase had been through so much in the previous books and to see him and his brothers struggling really affected me. Rebecca Zanetti has a way of pulling the reader into her books and making the characters come to life. I highly recommend The Dark Protector Series for Paranormal Romance lovers!” Reading in Pajamas (4.5stars)

“I have had my fingers crossed for a Jase/Brenna mating ever since Brenna was introduced in Conn’s book! I knew she would be perfect for Jase and I’m glad Rebecca did as well. My favorite part of the book was seeing all the brothers interacting together. This book is the most action-packed of the series. There is so much going on, as soon as something else seems tied up, something else happens and the domino effect continues. Rebecca is a great author and creates characters with such depth and emotion. Her books are always an auto buy for me because she is masterful in creating these magical worlds to get lost in. I recommend ANY Rebecca Zanetti book to readers who enjoy the same.” Cocktail’s and Books Review (5 stars)

“Rebecca Zanetti managed to capture my attention since the first book in the series. Her dark world full of vampires, demons, witches, shifters kept me hooked in each adventure and plot in which she led the heroes and heroines of her books. This book is no different from the others. How can I not follow the tormented and dark sexy vampire in his quest for revenge and love? “Shadowed” is an unforgettable story about the struggle between love and revenge, the strength to overcome wretched memories and a dark past as well as the power of being able to look towards a future full of love. It has a lot of concentrated action within which does not let you get bored even for a second. It is a great plot and the scenes between Jase and Brenna are downright explosive, you can practically feel their passion.”  Confessions from Romaholics (5 couples)

Definitely another great success for Rebecca Zanetti!” Where the Night Kind Roam (4.5)

“Fans of this series have been awaiting this installment of The Dark Protectors Series; Jase has long been a favorite in this series. This was an action packed roller coaster ride of a novel. I like a girl that knows she worth and demands it! Both Brenna and Jase are totally easy to love, straight from the beginning.  Overall, I was glued to this book from beginning to end. It had everything I love in a book, action, passion, loveable characters bad a$$ characters, emotional growth and an ending that leaves you wanting more and immediately checking to see when the next installment is out, and utter disappointment when you see it isn’t tomorrow lol. So you know I have to give this one an A!”  Night Owl Reviews (4.5 stars)

“Thank you Rebecca Zanetti! I have been waiting oh so patiently (anyone believe that?) For Jase’s story and was so excited to get my review copy from Netgalley. Often when we read a much anticipated story we get an anticlimactic feeling and need to read it a second or even third time to really appreciate it. Let me tell you all, that was SO not the case! I loved every heart stopping minute of this fabulous book.  For those of you who have not yet read Zanetti’s Dark Protectors Series, I suggest you check it out. This book was fabulous!! With all this going on one would imagine Zanetti dropping a few balls but nope like the master juggler she is, the storylines just keep flying! One great subplot after another! Excitement, danger, family dissension, fear and most of all a couple discovering that there is so much more to them, than revenge and well saving her life! Honestly, I wish this book was another 100 pages! Why? Because I wanted MORE!! Initially I had been worried that this would be the last of the Dark Protectors series but nope!! Ms Zanetti has much more in store for us! As always she kept me on the edge of my seat and left me wanting MORE!! Great job!!” Tea and Book Blog (5 stars)

“Finally a tortuous road to HEA for Jase and Brenna! Both the bitter and the sweet of their relationship was interesting… Jase’s captivity and the not to be forgotten mates do more than play poker and show a little warrior skin.” Pat from I Read That Book (4.5 stars)

“Awesome!!!!!! This series just gets better and better with each book.. READ THIS SERIES!!! The Dark Protectors… You will not regret it.” A Book A Day Blog (5 stars) 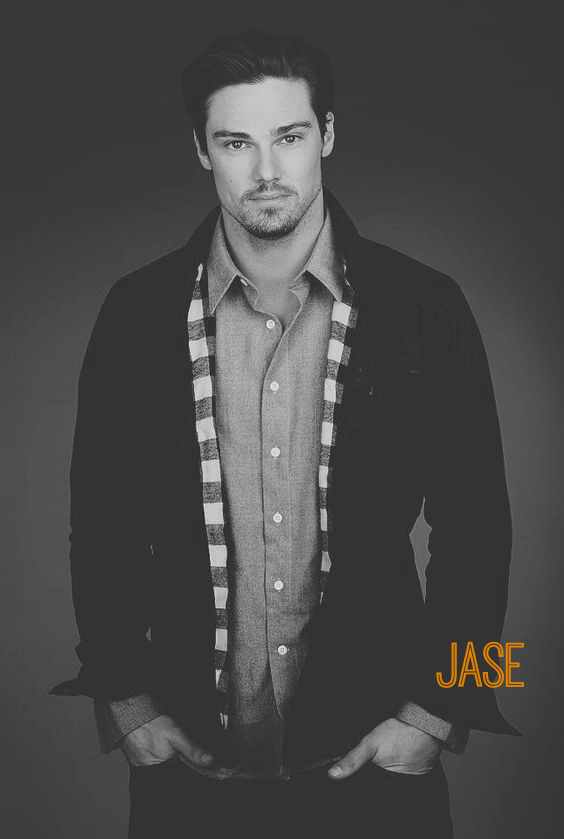