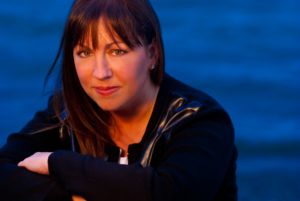 New York Times, USA Today, Publishers Weekly and #1 Amazon bestselling author Rebecca Zanetti has published more than sixty novels, which have been translated into several languages, with more than five million copies sold world-wide. Her books have received Publishers Weekly starred reviews and have been featured in Entertainment Weekly, Woman’s World, and Women’s Day Magazines. Her novels have also been included in Amazon best books of the year and have been favorably reviewed in both the Washington Post and the New York Times Book Reviews. Rebecca has ridden in a locked Chevy trunk, has asked the unfortunate delivery guy to release her from a set of handcuffs, and has discovered the best silver mine shafts in which to bury a body…all in the name of research. Honest.

Rebecca Zanetti wrote her first story when she was six – a romance between a princess and neighboring prince.  The princess fell out of her castle and the prince rescued her. A happily ever after was had by all.

This theme of romance has been carried through Rebecca’s works until present time.  While today’s heroine may have a medical degree, black belt in Karate and her own 401K, she’s still after that happy ending.  And today’s prince may have fangs and wear a black hat, but hey, a modern princess likes a guy who bites.

Rebecca attended Pepperdine University, earning a bachelor’s degree in Journalism with a Political Science emphasis.  While there she worked as the Editor-in-Chief of The Graphic newspaper, a member of the Pi Phi Sorority and an intern for President Reagan, who still gave 3-5 speeches a week, even though he was no longer president.

After college, Rebecca worked as an art curator and a Senate aide before heading to law school, where she received her Juris Doctorate from the University of Idaho.  She married Tony Zanetti in the middle of her second year of law school and became pregnant with their first child during the third year.  She graduated law school, gave birth three weeks later, and took the Bar Exam three weeks after that.  All she remembers about the bar exam is that it was so quiet in the testing room, she thought about taking a quick nap.  But she continued on, passed the bar and became a lawyer.   She worked for a large firm, then a small firm, then the county while also teaching legal classes at her local community college.  Now she writes  romances about vampires, cowboys, and soldiers.

Growing up amid the glorious backdrops and winter wonderlands of the Pacific Northwest has given Rebecca fantastic scenery and adventures to weave into her stories.  She resides there with her husband, children and extended family who inspire her every day.  Rebecca has completed several manuscripts, winning award throughout the writing industry for her work.  She is currently writing the Scorpius Syndrome series and the Realm Enforcer series (a Dark Protector spinoff) for Kensington Publishing, and the Sin Brothers series  and the Lost Bastard Series for Grand Central Publishing.

The Coeur d’Alene Press recently published an article about Rebecca called  “A Novel to Sink Your Teeth Into.”