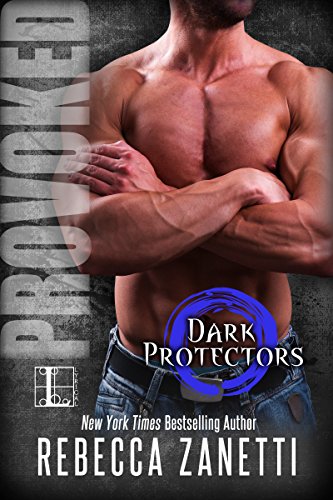 A casualty of the war between the demons and the vampires, Jase Kayrs has been missing for six long years. His older brothers want answers—but they’re going to have to get them from an unlikely source. For when Kane Kayrs tracks down Amber Freebird, what he finds is a blonde, vegan pacifist who has no intention of using her skills in his war…

Amber enjoys her life of chaotic freedom and has no intention of falling in line just because a sexy-as-sin vampire insists on order. Unfortunately, he discovers she may be the only hope they have of finding his brother, and there’s no way he’s going to let her go—even if it means mating her to gain her cooperation. The two are as different as can be, yet when the dominant Kane and the untamed Amber finally unite to rescue Jase, they just may find that opposites really do attract…

“How Ms. Zanetti functions with all these uber sexy, domineering, hot hot HOT men in her head, I have no idea – I’d be a quivering mess of “yes, please, and thank you” just about all the time! Hah! If you haven’t started reading the Dark Protectors series, what are you waiting for? Go go go!! PS – Amber (reviewer) names her pets after Star Trek characters. Who can resist a heroine like that?!” Gave Tells (5 out of 5)

“This series is really cool. It’s got great world-building with continuing threads that span from book to book. Yet, Rebecca Zanetti makes it easy to jump in as a new reader. She manages to fill you in with everything that’s been happening in a way that seamlessly folds into the story. It’s good stuff.  I liked Kane… his intensity and his honesty. I thought the sexual tension was hot and so was the bedroom action. There are plenty of action and battle scenes. Plenty of scheming and machinations. I love books that are intricate in this way. Especially when the author can pull it all off without being confusing. (Which she totally does.) Well done.” Red Hot Books (4 stars/ B+ rating)

“It was most excellent but I just want more.. I am ever susceptible to the sexy nerd which is how I see Kane… and I was really looking forward to seeing him get his comeuppance and was wondering just how Ms Zanetti was going to give it to him. I feel she was on the right track but held back… this could have been the steamiest book of the series.. All that intellect… oh yeah, there is just something about a man with a brain.. *blushes*  Do I recommend it, oh yeah.. Did I love it, oh yeah… Did I want more, oh yeah… one thing this book did do is make me want to read the next one.. RIGHT NOW!! Excellently done.” Tea and Book Reviews

“These books are FANTASTIC! And only promise to get better. I am anxiously awaiting the next ones.” Different Realm (5 stars)

“I am such a HUGE fan of the Dark Protectors series. From the very first book, Fated, this series has held me captive with the intelligent, entertaining writing and the interesting characters. I wait non-to-patiently for each new release. Provoked did so not disappoint!!!  With each new book, Rebecca has gifted me with the ability to return to this world. I continue to be immediately drawn in through great heroes and their heroines. And also, with stories that are filled with equal amounts of love and romance along with action and nail-biting moments. There is also laughter mixed in with a few tears.” Belle’s Book Bag (5 stars)

“AAhhhhh Kane Kayrs. The smart brother, the brother with all the answers. The know it all brother. Well Kane just met his match in the form of a very feisty female. I really enjoyed Kane & Amber’s story. There is so much going on. Not only do we see Kane & Amber’s story. I am very much looking forward to what Rebecca has in store for us next in the Dark Protector’s series.” Books N Kisses Reviews (4.5)

“I thoroughly enjoyed this book, I loved seeing Kane so out of sorts when faced with Amber. She was perfect for him. The triangle between Janie, Kalin & Zane is really starting to get interesting. Now that Janie isn’t a litte girl anymore. Their story is what the whole series is building for and it’s going to be epic.” Literal Addiction (5 skulls)

“Clear your schedule before picking up this book because you will NOT be able to put it down once you pick it up! And do not cheat yourself, read this entire series. And trust me, you will NOT be disappointed.” Nocturne Romance Reads (5 Hoots)

“Provoked is a page-turner. I could never find a good place to put the book down, so I kept reading and reading. I laughed, I cried, I was anxious for them to find Jase before it was too late, and I desperately wanted Kane and Amber to be happy.” Paranormal Romance With Lisa Annesley (4.5 hearts)

“This one was a bit different than the recent others in some ways and I think its because of the couple that got their main story. It was exciting and full of passion just like we’ve come to expect in this fantastic series, but it was very much a transition segment. It felt like the moment when a climber reaches the top. There’s still a lot of hiking to do, but the end is in sight. Not that I think things won’t get even more exciting and critical, just that I think we’re coming down to it.
Kane’s rather different too. He has a brilliant, logical mind and he’s done his share of fighting. He is the glue that holds the Kayrs’ brothers together, but for that very reason he’s the most lonely and vulnerable. I loved seeing Amber take his back and fill that void. It was fun watching him slowly figure out that he loved her. But even before he did, he was hot-loving passion and possession when it came to Amber.  In the end, this was par for the course good stuff and I look forward to more in the series.” Delighted Readers Blog (4 stars)

“I was glad to see the world expand even more and I got invested in the new characters pretty quickly. This read was so busy and hit so many high notes I almost felt as if there should be dramatic soap opera music.” I Read That Book (4.5 stars)

“Brilliant fifth book in the series… Loved every minute of this story, can’t wait for the next one.” Musings from an Addicted Reader – Five Stars 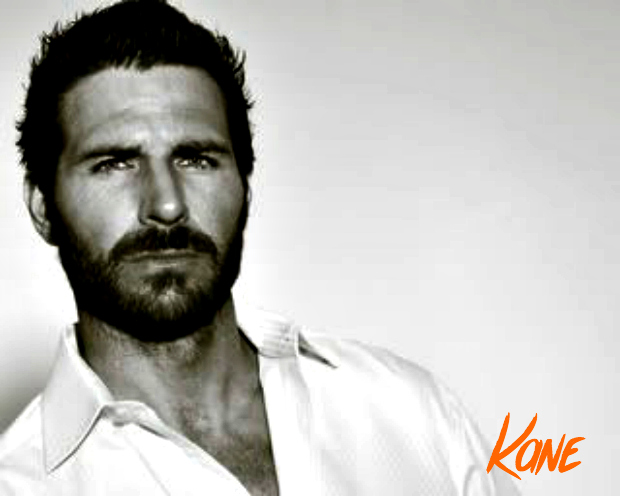