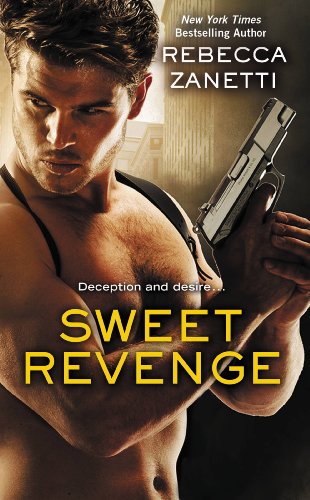 The One Man She Can’t Have

Matt Dean was born to fight . . . and kill. A member of a secret black-ops military unit, he and his brothers were genetically engineered by the government to be the perfect soldiers with an expiration date. Now, with time running out, he’s gone rogue in a relentless quest for the one person who can save them. His mission leads him to Charmed, Idaho . . . and to a beautiful woman with eyes like emeralds and a body made for pleasure.

The One Woman He Can’t Resist

Laney Jacobs knows the mysterious, handsome stranger is trouble from the moment he walks into her bar, looking for a job. She’s spent years running from her own past-the last thing she needs is a romantic entanglement. But Matt’s strong arms offer her protection and his gentle touch promises passion unlike anything she’s ever known. As lethal forces surround them, revealing explosive secrets about Matt’s past and putting everything-and everyone-he holds dear in danger, can he save them all before time runs out?

“I adore Rebecca Zanetti books and this one was so awesome.” Author Robin Covington

“It’s fast paced, sexy-as-all-get-out, and utterly addicting. I was so engrossed with the story that I did not see the twists and turns coming. And one of them has me hoping there is possibly one more book to go in this series. I’m crossing my fingers!!!

“If you love a good read with action, an awesome romance story, and a storyline that progresses naturally, go get this immediately! I LOVED it!” – Five Stars – Redheads Review it Better

“Sweet Revenge was an enjoyable read. It was action packed and the mystery of who, where and why was quite exciting.”  – Four Stars – Angela from Under The Covers