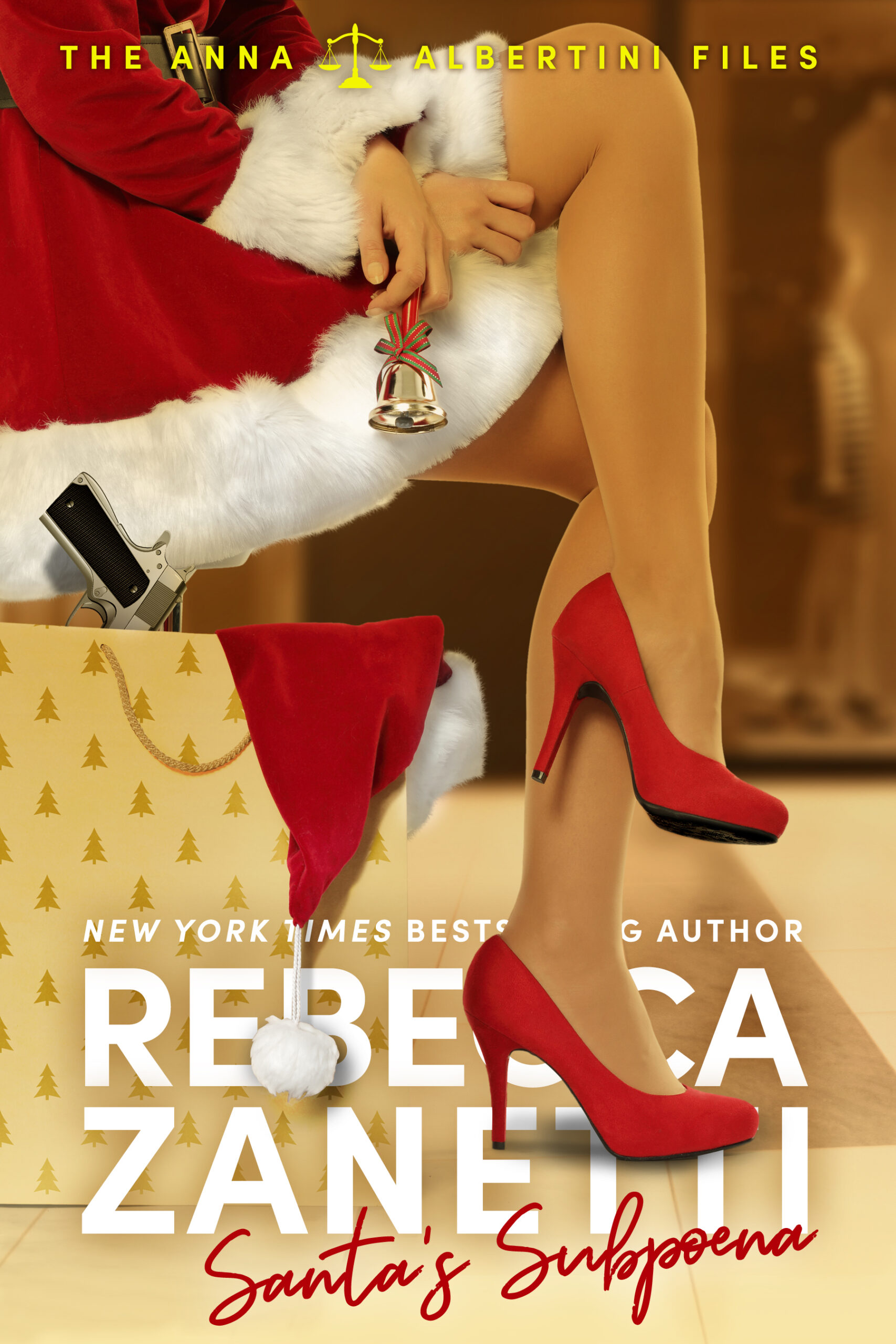 So Much for Peace During the Holidays!

Anna Albertini has her hands full during the holiday season. Her boyfriend Aiden is back in town after being undercover across the country for the last three months, and his sudden over-protectiveness is a little too much. In addition, Nonna’s latest matchmaking scheme has been so far thwarted by the two most stubborn candidates alive, and Nonna is out of patience and bringing out the big guns. Anna is forced to both protect her sister and run interference, when she’d like to jump in and find a happily ever after for everyone instead.

To add to her already hectic life, her life-long stalker is about to make a move and doesn’t hide that frightening fact, although Anna is more than ready for him. In fact, she’s willing to draw him out to finally bring him down—regardless of the consequences. Finally, Santa has been arrested and charged for murder, needing a good lawyer. Who would arrest Santa? Anna can’t let this stand. It’s a good thing Christmas is a time of magic and miracles, because she’s going to need one.

Santa looked like he’d been dragged behind a truck.

The last situation I thought I’d find in my law office on a Thursday morning was a dejected and bloody Santa Claus flanked by two snow covered senior citizens. Gripping my too hot latte, I quickly shut the door before anybody else arrived at my law firm.

Thelma, sitting to the left of Santa, turned and stared at me, her cloudy blue eyes wide and panicked. “Anna. Thank goodness you’re here.”

That was a matter of opinion. Squaring my shoulders, I strode around my desk, dropped my laptop bag on the floor, slid the latte onto my ceramic coaster, and shrugged out of my new long black winter coat. Then I smoothed down my green skirt and sat, moving my black boots with the chunky heels near the laptop bag. I tried to exude some sense of control while gauging what kind of a threat Bloody Santa might pose.

Snow still covered Thelma’s white hair and bright blue scarf, which somehow went well with her lime green snow jacket. Santa wore his usual outfit with the blood and dirt a terrifying addition. Next to him sat Georgiana Lambertini, Thelma’s housemate and whom I hoped would be the most logical of the three.

I’d met both women during a legal case early that summer, and besides their accidentally drugging me once, I liked them. They loved me.

Georgiana smiled, making all of her wrinkles jiggle on her broad face. In her bright yellow knitted hat, she appeared cheerful, while a wide black coat covered her expansive bulk. “You look so pretty today.”

“Thank you,” I said, waiting for the next sentence. Although, the suit did fit me well. With my curly brown hair, plain grayish green eyes, and average height, it was like I hadn’t inherited any genes from either the Italian or Irish sides of my family. I dressed in a lot of jewel colors, in other words. “What’s going on?” I asked.

“Right.” I looked at Santa. He had to be in his early sixties. His red coat was ripped and bruises covered his jaw. The fluffy white parts of his outfit were dirty, and his hat flopped sadly to the side, covered in gravel and what hopefully was slushy mud. His eyes were blue, his beard stark white and real, and his belly round. “How did you all get into my office?” I asked.

We’d opened the Bunne & Albertini Law Office only a couple months previous, and my partner, Clark Bunne, thought I might bring too much trouble to his life. It was true. But who didn’t need a little bit of trouble?

Santa’s Subpoena is a fun filled, action packed, swoony romantic suspense that had me feeling 100% happy and craving more Aiden and Anna! I give Santa’s Subpoena a FIVE FESTIVE STARS! It really is SOOOO VERY GOOD! Marie’s Tempting Reads

If this wasn’t already one of my favorite series, this installment would have put it in first place.  Carvanz

This series has so much humour and action. Thank you to Rebecca Zanetti for the hours of entertainment! Buffyanna

Did I like this book? No, I LOVED IT! This is my favorite installment in the series. FAVORITE! It was just perfect, everything just worked…and seriously, once I opened the book I couldn’t put it down. This series is a fantastic ride filled with intrigue, laughs and love. Does it get any better than that? A “what are you waiting for, go read this book!” recommendation from me! A 2021 favorite read! Bourbon, Books and Brenda’s Review 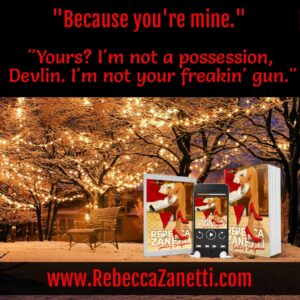