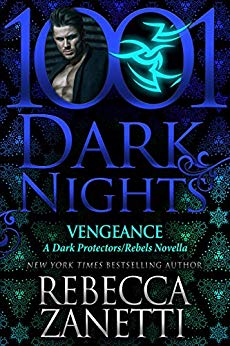 Vengeance and revenge are the only forces driving vampire soldier Noah Siosal since losing his brother to an enemy he’s been unable to find. He’s searched every corner of the globe, going through adversaries and piling up bodies until finally getting a lead. The last place he wants to be is in a ridiculous anger management group with people expressing feelings instead of taking action. Until one fragile human, a green-eyed sweetheart being stalked by danger, catches his eye. One touch, and he realizes vengeance can’t be anywhere near her.

Anger and self-preservation are the only motivations Abby Miller needs or wants right now. Falsely accused of attacking the man who’s terrorized her for years, she’s forced as a plea bargain to attend an anger management counseling group with people with some serious rage issues, while learning true self defense on the side. Yet a man, one more primal than any she’s ever met, draws her in a way and into a world deadlier than she’s ever imagined. He offers her protection, but she finds the fight is really for his heart, and she’s ready to battle.