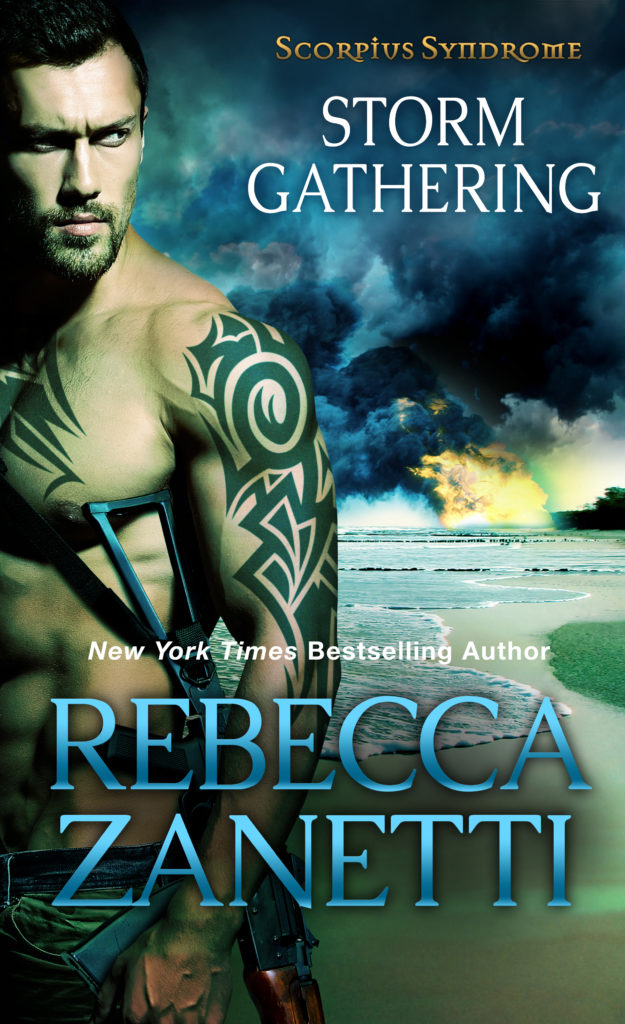 Even before surviving the Scorpius bacterium, Greyson Storm was a lone wolf navigating minefields.  As a kid, he learned to take a hit and find safety.  As an adult, he joined the military and quickly learned how to protect and defend.  When the world ended, he created a mercenary camp with military precision, no entanglements, and a promise to avenge a fallen friend.  As part of that vow, he kidnapped Maureen Shadow, but now that he has let her go, her blue eyes and intriguing mind keep haunting him…

As possibly the only Biotechnology Engineer still living, Maureen Shadow might be humanity’s one hope to survive the aftermath of Scorpius, making her frighteningly valuable to both allies and enemies.  Even after sexual tension explodes between her and Greyson, she’s not sure which camp he belongs to—friend or foe?  Worse yet, survival may mean thwarting his prime mission, putting her in even more peril.  When danger and seduction collide, there is no safety in this new world.