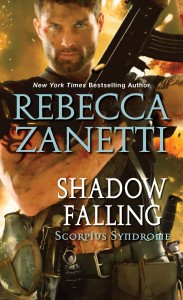 Hi all!  How is everybody’s day going so far?  Mine’s going all right.  To be honest, it’s been an odd one.  First, Shadow Falling has released, and I am over the top excited about Raze and Vinnie’s story being available.  Reviews are already pouring in, and they’re wonderful, so it’s a great day.

Second, somehow Buddy got out and ended up with a gag of wild turkeys (all bigger than he is).  I went outside after a cheerio incident where I dropped a bowl and scattered the 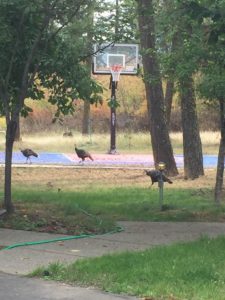 round little buggers (without milk, at least), and he barreled for me, meowing wildly, trying to get back inside.  It was a little funny, truth be told.

Oh, and my internet provider is having DNS server problems, and I can’t get on FaceBook.  Imagine being an author having a book release, and FB is unavailable.  I can Like posts from my phone, and I am, but still.  It has been interesting.

But really, with Shadow releasing, it’s been a pretty awesome day.  Here’s a quick excerpt for you that has Raze and Vinnie, and also Jax and 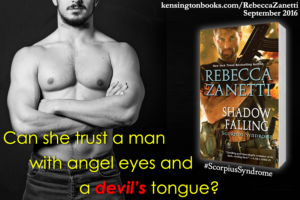 All Vinnie knew was that Lynne and Jax had helped rescue her from the most powerful Ripper on the planet, and that secured her loyalty without question. “I’m, ah, not sure where I will be staying,” she murmured.

Jax stood, grabbing both empty soup bowls. “You’re bunking with Raze. Only room available.” He turned and stalked across the room to dump the bowls in a rubber bin. “Raze? You done scouting?”

“No. I took a second shift that starts in thirty minutes.” Raze glanced at what appeared to be a military watch on his wrist.

Jax nodded. “I’ll be back to join you. This decision is on you and don’t forget it.”

“Copy that,” Raze said, his expression giving away nothing.

Vinnie looked from one to the other. Decision? Were they talking about her?  She opened her mouth to ask, and a sharp shake of Raze’s head stopped her words in her throat.

Jax looked back at Lynne. “Blue? Get some damn sleep before you fall down.” He pivoted and headed toward his office and war room, which were connected by a newly cut door in the building.

Lynne stood, her lips twitching into a smile. “You smooth talker, you. Take me now.”

He stopped at the doorway, all hard-muscled male.

Vinnie swallowed, heat sliding down her back. Tension filled the air.

Jax turned around and studied Lynne for a moment. Then smoothly launching into motion, he retraced his steps, no expression on his hard-contoured face. The legends whispered about him far and wide, the dangerous leader of the Vanguard, the man who killed easily, could be seen in every step.

He reached Lynne, towering a good foot over the pale brunette.

Vinnie’s knees wobbled with the need to do something, but her feet remained frozen in place. She cut a glance at Raze, who was watching the two with heavy lids, appearing almost bored.

Vinnie turned back to Jax.

With a shockingly gentle movement, he slid a knuckle under Lynne’s chin and lifted her face. “I’m sorry. What I meant to say was that you’re working too hard, you need sleep, and I’m worried about you. If I lose you, there’s no fuckin’ reason to keep going.” Leaning down, he planted a soft kiss on her mouth, released her, and turned to head back to the doorway.

“That’s better,” Lynne called out, a pretty pink covering her cheeks just as he disappeared into the other part of the building.

Vinnie exhaled. Wow. All righty, then. Reality slammed her, and she turned to Raze. “I am not living with you.”