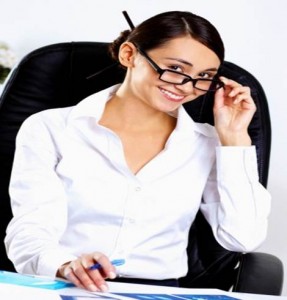 Hi all!  Boy, I’ve missed interviewing people, but I’ve had a blast traveling around the world for a while.  Now I’m back to blur the line between reality and fantasy, truth and we-wish-truth, life and stories.  In other words, I’m here to interview Tace Justice.  You know Tace, right?  He’s the Vanguard medic.  What’s Vanguard, you say?  **Sigh**

Okay.  There’s more to life than vampires and super soldiers.  Turns out a nasty bacteria named Scorpius took out 95% of the human population, and a group called Vanguard sprang up in inner Los Angeles.  It’s led by ex-gang member and former soldier Jax Mercury.  Now, you’d think that having most of the population gone would leave things rather peaceful, right?  Right?  Nope.  Haha.  No way.  Turns out the bacteria messes with the brain and creates sociopaths.  (You do know about all the real studies regarding the structures of sociopathic brains, right?).  Anyhoo,  sociopaths can be good just not all that emotional, they can be crazy and eat dirt, or they can be super brilliant, scary, real life serial killers.  Guess who the biggest sociopathi serial killer is in the Scorpius World?  Yep.  The president.  (There are NO ZOMBIES in this series.  The bad guys are sociopaths.  Still human with brains). 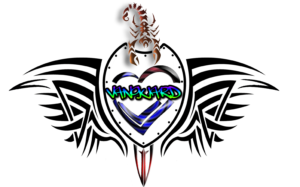 So…Tace Justice has survived the bacteria, and he’s darker and deadlier than before.   He’s also kind of wondering if he’s going crazy.  Just to give you a picture, he’s blond with blue eyes straight out of Texas…with the sexy as sin accent.  Yep.  He’s a big guy who has served his country as a medic.  Now we’re meeting in a looted bar somewhere right outside Vanguard territory.

TACE:  What the hell is going on, and who are you?

TACE:  I don’t know what that means.

IZZY:  (Man, he’s cute.  Huge blue eyes–they sizzle like a hot Texan sky.  I feel the urge to fan myself, but I don’t.  Because I’m a professional, you know.)  It means, you’re here for an interview.  You know it’s important to preserve history, even though we’re fighting for our lives.

TACE:  We have people preserving history?  (He glances down at my brand new red Louboutins and frowns).  Those are pretty fancy shoes for the end of the world.

IZZY:  The king sent me these.

IZZY:  (Shit.  I’m crossing realities again.  King Dage Kayrs (from the Dark Protectors) can do so because, well, he’s the king.  Most everyone else can’t).  Just a guy I used to date.  You know, before Scorpius.  I wear them to remember him.  (I may need a vampire friend to get me out of this mess.)

TACE:  Did you lose him?

At this point, Tace leans back in his chair, and his eyes darken to this really cool but kind of scary deep blue.  I swallow, maybe a little nervously.  But hey, I’ve dealt with cranky vampires, remember?  So instead of talking, I just lift one eyebrow.  That usually works. 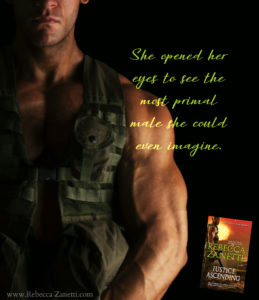 TACE:  The eyebrow thing doesn’t work on me.

IZZY:  Okay.  But you still need to answer the question.

TACE:  While I don’t see what my love life or current obsessions have to do with history, I guess I could tell you that I’ve always fought my attraction to Sami.  She’s a warrior, and that just turns me on, you know?

IZZY:  In this day and age, with the world ending, it seems like things could revert to the bad old days where women were just, well, used.  To hear you talk about her like a warrior is uplifting.

TACE:  We’re fighting for survival, and anybody who thinks women can’t fight as well as men are just crazy.  Hell.  The smartest and most likely most dangerous people we have at Vanguard are women.  Lynne, Vinnie, Sami, April…they’re all crucial to surviving this.  You get that, right?

IZZY:  I surely do.  So you don’t try to protect her at all.

Tace then rolls his eyes and turns to scout the deserted and garbage riddled street outside.  Then his shoulders seemed to relax.

TACE:  Of course I try to protect her.  She’s well trained and dangerous, but she’s not invincible.  If anything happened to her, I’d lose my mind.

IZZY:  I understand.  So.  Do you see a happy story for you? 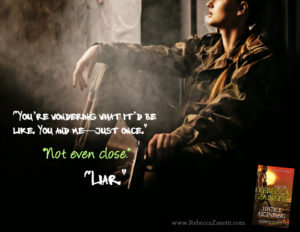 TACE:  No.  I mean, we have enemies outside the gates who want us dead.  One of them is the president of the USA.  We’re gonna have to take the fight to him soon, and my only goal is making sure Sami survives that fight.  Even if I don’t.

He’s sweet and more than a little sexy.  I can’t help but wonder why Sami hasn’t just tackled him to the ground already.  I guess I’ll go read their story now.  I’ve been waiting, and it’s finally here.

The door opens, and there stands three hundred pounds of pure muscle.  I sigh as I take  in golden eyes, longish dark hair, and a deep scowl.  Tace stands, and the second he does, I bound to my feet.

IZZY:  So.  This is my bodyguard from the, ah, Mission to Preserve History.  We’re not affiliated with any group or gang or organization.  (My voice rises as I hustle toward the badass at the door.  I need to get him out of here and out of this reality before I blow everything.)  Bye.

TACE:  Hey.  Good luck with the history!  I’m not sure what’s going to happen to us, especially with so many enemies, so it might be good to keep a record.  Bye.

When will the protectors stop trying to, well, protect me?  With a zip, I’m out of the Scorpius reality and back into another one. 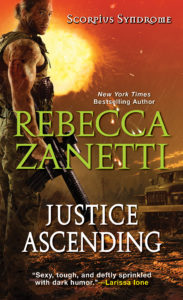 Here’s an excerpt from JUSTICE ASCENDING:

“Sami,” Jax said. “Damon arrived an hour ago to request assistance. I’m sending Tace into Merc territory to help with the wounded from the attack yesterday, and I’d like you to provide backup.”

Merc territory? Eesh. Although it would be advantageous to catalog their weak points. “Got it.” She kept her face stoic and strode past the men and into the war room. After she’d tapped out the night before, Tace had let her up, and she’d all but run for her quarters. A sleepless night later, and she still couldn’t forget his lips so close to hers. No way was she getting involved with a brilliant bad boy who freely admitted he was about to go dark—especially since he was smart enough to figure out everything she was fighting so hard to keep hidden.

Tace followed her. “You shouldn’t come with me,” he whispered, keeping pace past the table to the lockers.

What was happening with him? “Why not?” she whispered back, yanking open a locker to outfit herself.

She fit a gun holster over her shoulder, pushing her green sweater out of the way. A knife went in her jeans pocket, and a couple more went beside her calf and in her boot. She looked up. “Well?”

Tace’s jaw flexed, and he stepped into her space. “It’s Merc territory.”

“No shit.” Heat flared through her at the nearness of his hard body. Man, she was off-center. “Would you move back?”

“No.” He tugged on her shoulder holster. “This isn’t secure enough.”

She slapped his hands. “Stop it.”

He yanked on the strap, and she smacked his wrist, engaging in a clumsy struggle. He leaned in. “You need to listen to me. Last night I dreamed of you beneath me, naked in bed, and coming hard. We need distance from each other.”

She didn’t back down even as her libido sprang right up into awareness. “What about Barbara?”

“That’s your problem and not mine.” Sami drew out a knife.

“Yeah, except you’re the one haunting my dreams,” he said, his voice gravelly. 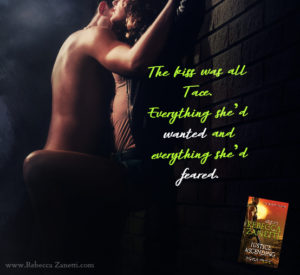 She shook her head. “You’re just having more brain issues from the illness. It’ll go away once you heal. Nothing can happen between us because of our jobs.” And the fact that she was lying to everybody about her past. Oh yeah. That.

His jaw clenched. “I know that, which is why we could use distance.”

He tugged on the strap again, and she slapped his hand. Again. They engaged in a struggle for control, and she shoved his arm.

“What the hell?” Jax snapped from the doorway.

Her head swiveled the same time Tace’s did. Heat climbed into her face.

Jax frowned and looked from Tace to Sami and back. “Is something going on between you two?”

Jax rocked back on his heels, his face harder than usual. “All right. Keep it that way.”

Sami brushed by Tace. “No worries there.” When she reached Jax, he stopped her by the arm. She lifted one eyebrow and stared up into his sharply cut face.

He dropped his hand. “This isn’t an order. If you don’t want to go into Merc territory, you don’t have to.”

Sami stiffened. The men had never treated her differently because of her sex. Her abdomen cramped. “Did you give Tace the out if he didn’t want to go?”

Jax paused and then frowned again. “Actually, yeah. I did.”

“Copy that.” Jax released her. “Learn everything about the Mercs that you can—I’m interested in their holdings and provisions. Well, and security. If we decide to take out Greyson Storm, who steps up?”

Sami paused. Sometimes she forgot what a cold strategist Jax could be. He’d mellowed a little since falling in love . . . but only a little. “You’re thinking of taking the leader of the Mercs out?”

“Maybe.” Jax turned toward Tace. “Are you focused enough for this?”

“Yep.” Tace grabbed a black cowboy hat off a rack near the door.

Sami shook her head. “Do not let him wear the hat. We’ll look like idiots.”

Tace ran his finger along the brim of the hat. “This is my natural look.”

It might have been at one time, but the new Tace Justice? She took a good look at him. The brim hung low over his blue eyes and cast part of his face in shadow. Fine lines and rugged features were visible and yet his expression remained veiled. Tingles exploded in her abdomen. He did look good in the hat. “Maybe it will fit our purposes for them to think you’re a moron.” She pivoted on her heel and headed for the vestibule, using every ounce of her strength to sound normal.

He chuckled low behind her, and the sound shivered down her spine.


One thought on “Izzy’s Insights – with Tace Justice!”