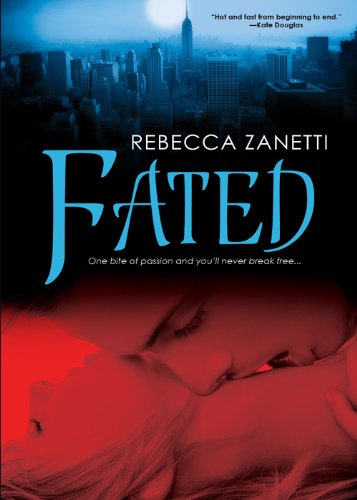 Cara Paulsen does not give up easily. A scientist and a single mother, shes used to fighting for what she wants, keeping a cool head, and doing whatever it takes to protect her daughter Janie. But whatever it takes has never before included a shotgun wedding to a dangerous-looking stranger with an attitude problem…

Sure, the mysterious Talen says that hes there to protect Cara and Janie. He also says that hes a three-hundred-year-old vampire. Of course, the way he touches her, Cara might actually believe hes had that long to practice…

Cara threw herself against the man holding her child, knocking over the basket.  Clothes scattered across the wooden planks of the porch.
“Let her go, you bastard!”
He may not intend harm, but he had no right to kidnap them.  She clutched one arm around his massive neck as her knees dug into his spine.  She jerked hard against his windpipe.  A rush of anger slammed through her body, pushing out the fear.
Even with her struggling on his back, his long strides continued toward the vehicle unhampered.  He yanked open the rear door and placed Janie in a booster seat, and quick motions had her buckled in.  Cara moved to jump off him, only to have him close the door, grab her arm and pull her around.  Two strong hands held her aloft. Hard steel met her backside when he stepped into her, his face lowering to hers.  “Stop fighting me.”
His strength was unbelievable.  Her own vulnerability beat into her as she realized her nightshirt had risen to reveal pale pink panties.  The cool night air rushed across her bare legs.  Dark denim scratched the tender skin of her inner thighs, and she opened her mouth to scream.
One swift movement and his mouth covered hers.  Hot, firm and somehow restrained.  The effort of his restraint belted into her.  He fought to control himself.  Heat slammed through her.  A roaring filled her ears and her breath hitched.  Her heart slowed, and time stopped.  For just a brief moment, his heartbeat echoed throughout her body to a spot below her stomach.
He growled low and his mouth moved over hers, no longer silencing her, but tasting.  Exploring.  One thick arm swept around her waist and pulled her into him; the other lifted to tangle a hand in her hair.  He tugged, angled her head more to the side.  He went deeper.
She moaned in her throat as his tongue met hers.  He explored her mouth like he owned it.  For a moment, he did.  She forgot everything.  There were only his lips on hers, demanding. Promising.  His heat warmed her as she returned his kiss, pushing closer into his hard body, forgetting reality.
Pure strength surrounded her.  Hot.  Dangerous.  Tempting.  Then a bird screeched high above and awareness crashed into her.
She jerked her head back, her lips tingling, her mind spinning. Deep brown eyes kept her gaze.  His arm tightened around her waist while he raised his head further.
“Don’t scream.”  His voice had deepened to something guttural, something that added to the fluttering in her lower stomach.
“Mama?”  Janie’s voice wavered from inside the vehicle.
“She can’t see us – I have the privacy screens up,” Talen murmured.
Great.  So no one could see in, either.  Smart kidnapper. 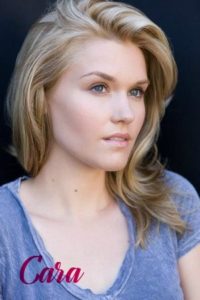 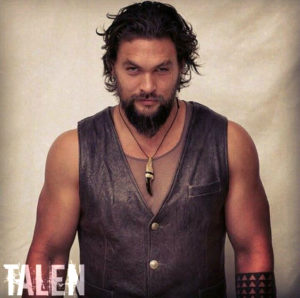 Cara shook her head, dread pooling in her stomach as Janie left with the director.  A slow anger began to burn away the dread.  She glared at Talen.  “So talk.”
He took a deep breath.  “The discovery of your daughter has ended nearly four centuries of peace between my people and the Kurjus.”
“Janie?  What people? The Kurjus?”
Talen pursed his lips, a frown settling between his eyes.  Shrugging, he yanked a brown contact out of one eye, then the other.
“What the—”  she gasped.  Luminescent gold eyes glowed like molten lava.  She pushed away from the table only to have Talen grasp her wrist, flattening her hand under his.
“Stay.  There’s a lot more.” He smirked and rolled her chair closer.
“This is a trick.”  She glared at the impossible golden hue, the heat of his hand overpowering the coolness of the table beneath her own.
“No trick, Cara.  I am a protector of the Sanguisuga race.”
“Sanguisuga?  Isn’t that Latin?”  She’d only taken two semesters of the language.
“Yes.”
“For what?”
His grip tightened on her wrist.  “Vampire.”
Cara coughed out a laugh.  “You’re a vampire?”  Her gaze swung to the door.  Where was Janie?
Issuing another deep sigh she started to equate with him, he smiled.  Two sharp canines instantly emerged.
“Oh God.” Cara struggled to yank back her hand.
“Do I need to bite you for you to believe me?”  Interest and something darker wove through him, into her.  She fought to block herself from his emotions.
“No.  No biting.”  Her mind reeled while reality spun away.  “This can’t be true.”  She shook her head.  “But you were out in the sun.  It was early, but the sun was out.”  This wasn’t happening.
“The sun only bothers the Kurjans, Cara.  We’re fine with a day at the beach.”
“They’re vampires, too?”
Talen shrugged.  “No.  They’re monsters.”  His canines retracted.
“But they have fangs and drink blood?”
“Yes.”
“And you drink blood?”
“Only in extreme situations.”
“Extreme?”  This couldn’t be happening.
“During a fight or sex.”  He voice lowered to the growl he’d uttered just before deepening their earlier kiss.  Something skittered through her belly in response.
“Oh.”  Her mind flashed, unbidden, to his fangs.  And sex. Her heart thumped once.  Hard.   “Why?”  She stopped fighting.  For the moment.
“Why what?” His thumb traced heated circles on the pulse point of her wrist, his golden gaze dropping to her neck.
“Why Janie?  Why do they want women with odd abilities?”
Talen ran a hand over his jaw, his eyes returning to her face.  “Janie’s special.  You know that.  Her psychic abilities are the strongest we’ve ever seen.”
Cara straightened her spine.  As fear cascaded down it.  “But how do you know?  How did they find her?”
Talen scowled.  “Both races can sense such abilities in humans, but we need to be in close proximity to do so.  We don’t know how they found Janie.  It could’ve been a fluke, but I doubt it.”
“How did you find us?”
“We have sources in the Meridoze gang, we heard about the extraction plan just in time.”
Cara stamped down on the panic fighting to rise.  “Your peace has ended?”
“Yes.  We were at war for hundreds of years until we both suffered too many losses.  A treaty was signed prohibiting any contact with humans.” Talen shrugged.  “Peace lasted much longer than anyone predicted.”
Cara narrowed her eyes.  “You don’t sound sorry peace is over.”
Deceptively normal canines flashed in a grin.  “We were made to fight.  Plus, living amongst you, yet having no contact has been difficult.  We need humans.”  Golden heat ran over her face.
“For blood.” Nausea rose within her.
“That too.”  His voice lowered.
Everything in her stilled, and even her heart may have stopped for a second.  She lacked the focus to block the feelings coming from him now.  “What else?” Her voice cracked.
“Both races are born male.  Only.  Our mates are human.  And Cara,” his voice dropped to a rumble, “you’re mine.”

**Here’s the cover quote from the talented author, Kate Douglas:
“FATED explodes off the pages from the terrifying opening to the climactic finish-this is one story that’s hot and fast from beginning to end-impossible to put down and guaranteed to entertain. The pace never slows and the heat doesn’t ebb-Rebecca Zanetti has created a page-turner of a book, with a heroine willing to fight for the ones she loves and a hero who will literally take your breath-just before he steals your heart. I thoroughly enjoyed this story and can’t wait to see what Zanetti comes up with next.”
** FATED made the “recommended read” list for spring on Publisher’s Weekly Magazine!

** Harriet Klausner at Alternative Worlds Review said:  “talented Rebecca Zanetti provides an entertaining engaging paranormal romance. Fast-paced, readers will appreciate the efforts of the hero and the mommy, who as they fall in love, risk their lives to keep her gifted toddler safe from a nasty group who has long term eugenic plans for young females with special skills.”

** To quote Lenore from Romance Reviews Today, Fated is “original and engaging, I recommend FATED to vampire paranormal romance fans everywhere for an enjoyable, sexy read.”

**  Reviewer Nikki Brandyberry gave FATED six out of five stars in her review, because hey, it was her blog.    To quote Nikki: “Fated will pull you into a world of dominating, hot and hard vampires…steal your breath…and never let you go.” ◊ ◊ ◊ ◊ ◊ ◊
Five Star Review from Affaire de Coeur Magazine:  Rebecca Zanetti has written a paranormal romance that will capture your interest  from the first page. The storyline is exceptional, with lots of adventure,  laughter, compassion and hot sex, while weaving a world of aliens that actually  makes the reader want to join. Talen and his brothers, plus their warriors, are  huge, gorgeous and totally male. But an adorable four‑year‑old has them playing tea party, braiding hair and playing Old Maid; not exactly the portrayal of a fearful, terrifying vampire race. Talen has lots of brothers, and I sincerely hope we get sequels for each. I can’t wait to read their stories.

**  The Pen and Muse said “Fated is one of my new favorite paranormal romances!”

** Reviewer Lynn Rush advised readers to go out and pre-order FATED in her review.  To quote Lynn: “I must warn whoever picks up this book–it contains some steamy, steamy scenes. {Rebecca} reminds me of Gena Showalter. Steamy writing, but great stories, great characters, and great writing!”

– Do you agree with Cara’s initial reaction to Talen involving himself in her and Janie’s life?
– How would you have reacted differently?
– How did you feel about Janie also having a gift and how do you think it will shape the series?
– What did you think of the author’s take on vampires and how they live?
– What was your take on the world being built in this book for the series as a whole?
– What other characters did you feel some sort of connection to?
– What other secondary character would you like to see a story for and why?
– How did you feel about the evolution of Talen and Cara’s relationship?
– What did the ending make you feel and what are your thoughts?