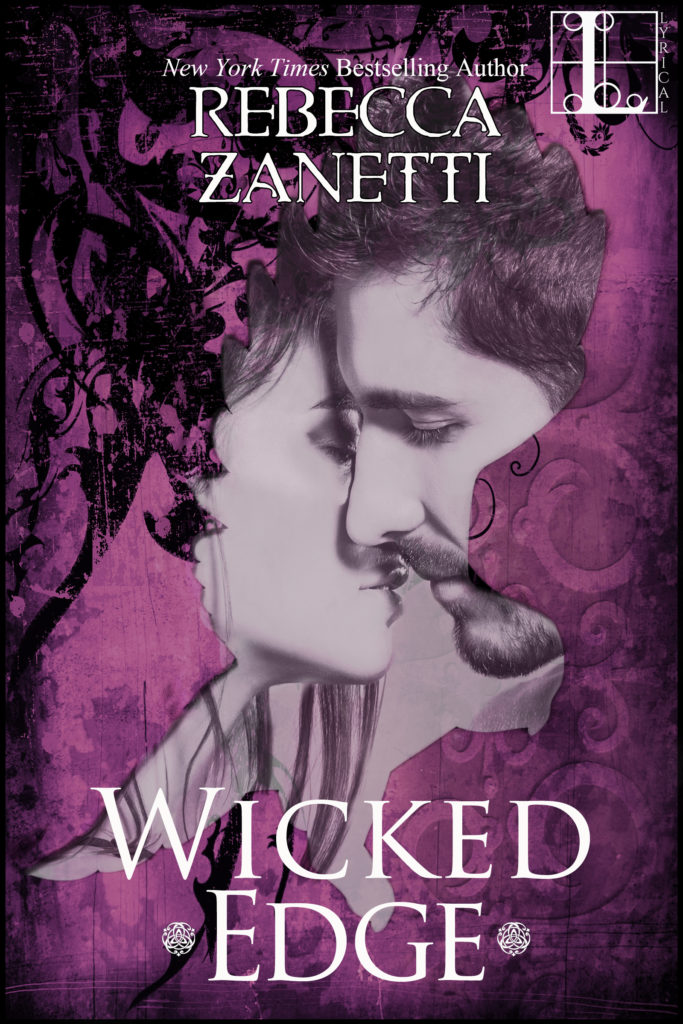 Daire Dunne swung his leg over his Harley, disembarking and biting back a growl. Music and boisterous voices spilled out the open doorway to the club’s main bar area, and the stench of beer permeated the center concrete courtyard.
Another bloody party at Titans of Fire Motorcycle Club.
He’d spent most of the evening at the Grizzly MC headquarters, quietly drinking aged whiskey and playing poker with several friends, who were supposed to be his enemies. He’d had enough of the potent brew to be feeling nicely mellow, but with his metabolism, the feeling wouldn’t last long. Especially since he’d had to return to Fire, pretending to be a full member.
Enough of this undercover shit.
He rolled his neck and erased his normal pissed-off expression, stalking inside the room heated with too many bodies and alcohol fumes. Maybe he could get a couple of Fire members to finally loosen up and give him the Intel he needed. Spilled booze squished beneath his size fourteen boots, and he felt the scowl forming on his face again.
He scoured the disorganized array of bar tables, stools, and drunks, his gaze hitching on a woman across the room, moving on, and then zooming back in.
Fucking stunning. Long, nearly white-blond hair, deep blue eyes, bone structure masterfully crafted by the gods on a seriously good day. She sat on a stool across a round wooden table, a low-cut black T-shirt revealing high breasts—pushed up and surprisingly full from what could only be described as a petite bone structure.
Her gaze met his and traveled from his head to his boots . . . and then back again. Her pink lips twitched and spread into a smile.
It was the smile that did it. Sweet and filled with challenge, which was a combination he’d never been able to ignore.
He didn’t need to deal with a human female right now, especially one who appeared to be in her mid-twenties, while he’d lived for more than three centuries. Even so, his boots kicked into motion and he moved through the crush of bodies toward her.
A couple of club members greeted him, and more than one scantily clad female tried to halt his progress, but he arrived at her table soon enough.
Young and typically angry, a new club prospect sat across from her, generously pouring tequila into lined-up shot glasses and spilling onto the knife-scratched table. The kid’s name was Grad, because supposedly he’d graduated from college the year before. He stiffened when Daire walked up.
“Move,” Daire said, his gaze on the woman.
The kid faltered and then moved on with a sigh of disappointment. Yeah, it sucked to be just a prospect and not a full club member.
Daire straddled the now unoccupied fifties-style stool. “Daire Dunne,” he said.
The woman lifted an eyebrow in a curiously confident way. “Cee Cee,” she said, her voice a husky whisper.
That tone licked down his skin and planted hard in his balls. Jesus. He leaned back and studied her. Enhanced. Definite tingles cascaded from her, not too strong, but with enough force to show she was probably an enhanced human female. Either an empath or a psychic, probably.
Which explained the instant attraction.
*   *   *
She had cute feet. Small, pale, fragile. Yet she’d kicked that polar bear with enough force to break its nose.
“I usually know exactly what I’m doing and what I need to do next,” he said, his arms crossed over his bare chest.
She smiled. “That must be nice.”
“I don’t know what to do with you.”
A very pretty pink fluttered beneath her skin. Well, at least they were on the same wavelength. Yet she arched one fine brow. “I’m not yours to do anything with.”
From any other woman, the statement would’ve been a challenge. Yet with her regal tone of voice, her bearing, the woman actually believed every word.
He smiled. “Why are you damaged?”
Her head jerked.
Hadn’t been expecting that one, now had she?
Her chin lifted. “I’m not damaged.”
All right. Enough. “Nobody has ever called me patient, lady, and I have to say, I’ve showed more patience with you than anybody else in my entire life.” He hadn’t even dealt with the fact that she’d drugged him and ransacked his office yet.
“So?” She met his gaze full on.
Heat flushed through him. “So? I’m done. Either you start talking, or I strip you naked, fuck you senseless, and then you start talking.” In fact, that was a damn good idea. He pushed off from the wall.
She choked and held up a hand. “Wait a minute.”
“Talk.”
Her hands fluttered in her lap, and she cut a discreet glance at the clock on the mantel. What in holy hell was she up to now? She cleared her throat. “Fine. Not many people know this, but I, ah, I am unable to perpetrate a demon mind attack.”
Perpetrate? Jesus. He’d rather have her screaming at him than using that monotone of a voice. “So?”
She blinked. “I’m damaged. Handicapped. Half a demon.”
That was fucking crazy. “Says who?”
She shook her head, surprise glittering in her eyes. “Everyone.”

“Zanetti’s Realm Enforcers series is hot with a capital “H”! The paranormal existence of witches, shifters, vampires and demons is not known to humans, but these species are trying to keep a very dangerous drug off the streets. They blend well with the humans in the story, and readers will enjoy the interactions between the species. The distinctions are clear, but no so different that it’s obvious. The characters are real and feel like people whom readers would run across – or hope to – in everyday life. This is a great read to add to your collection.” – RT Book Reviews, 4.5 Stars Top Pick 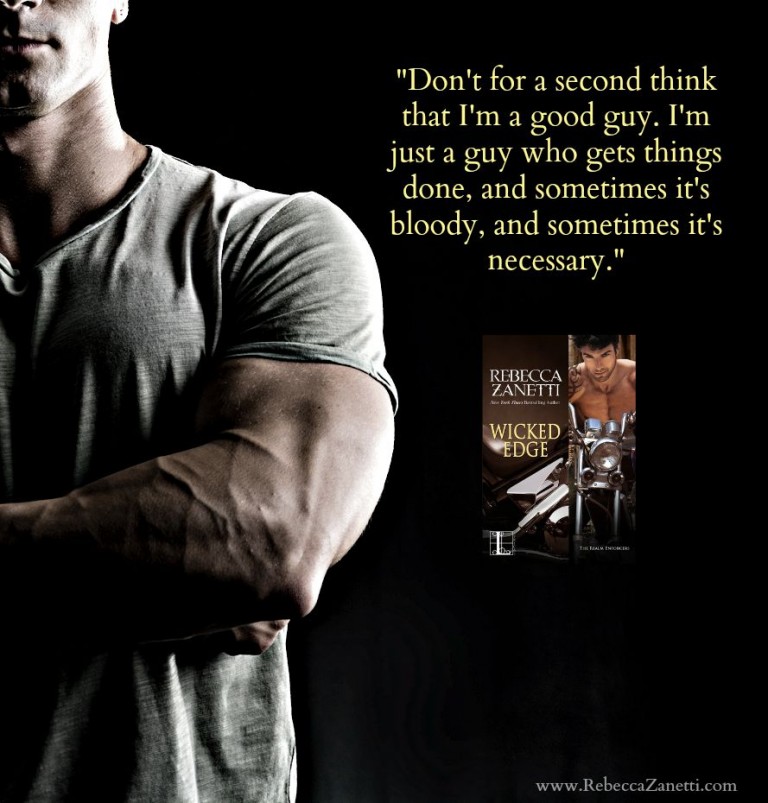 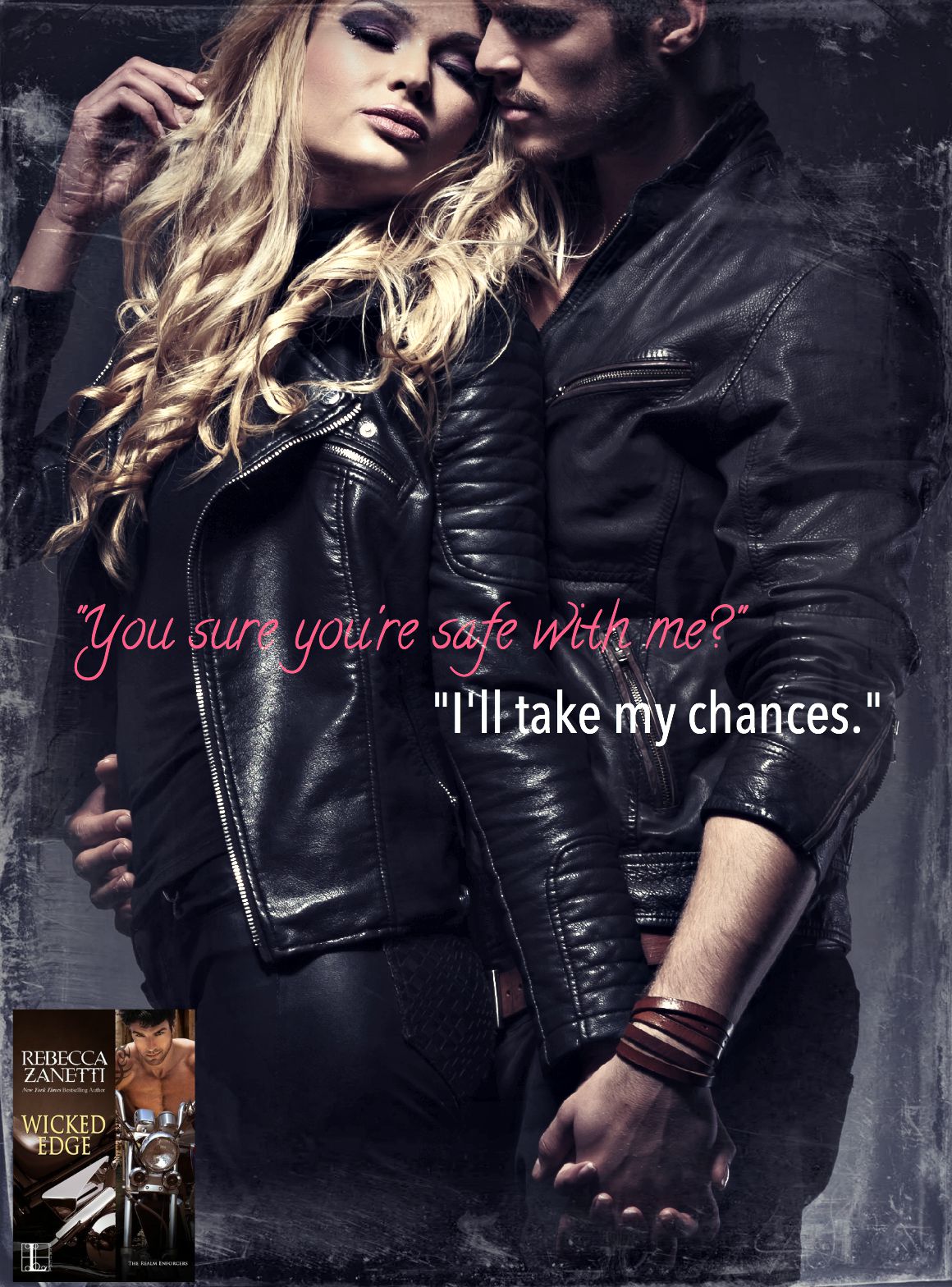 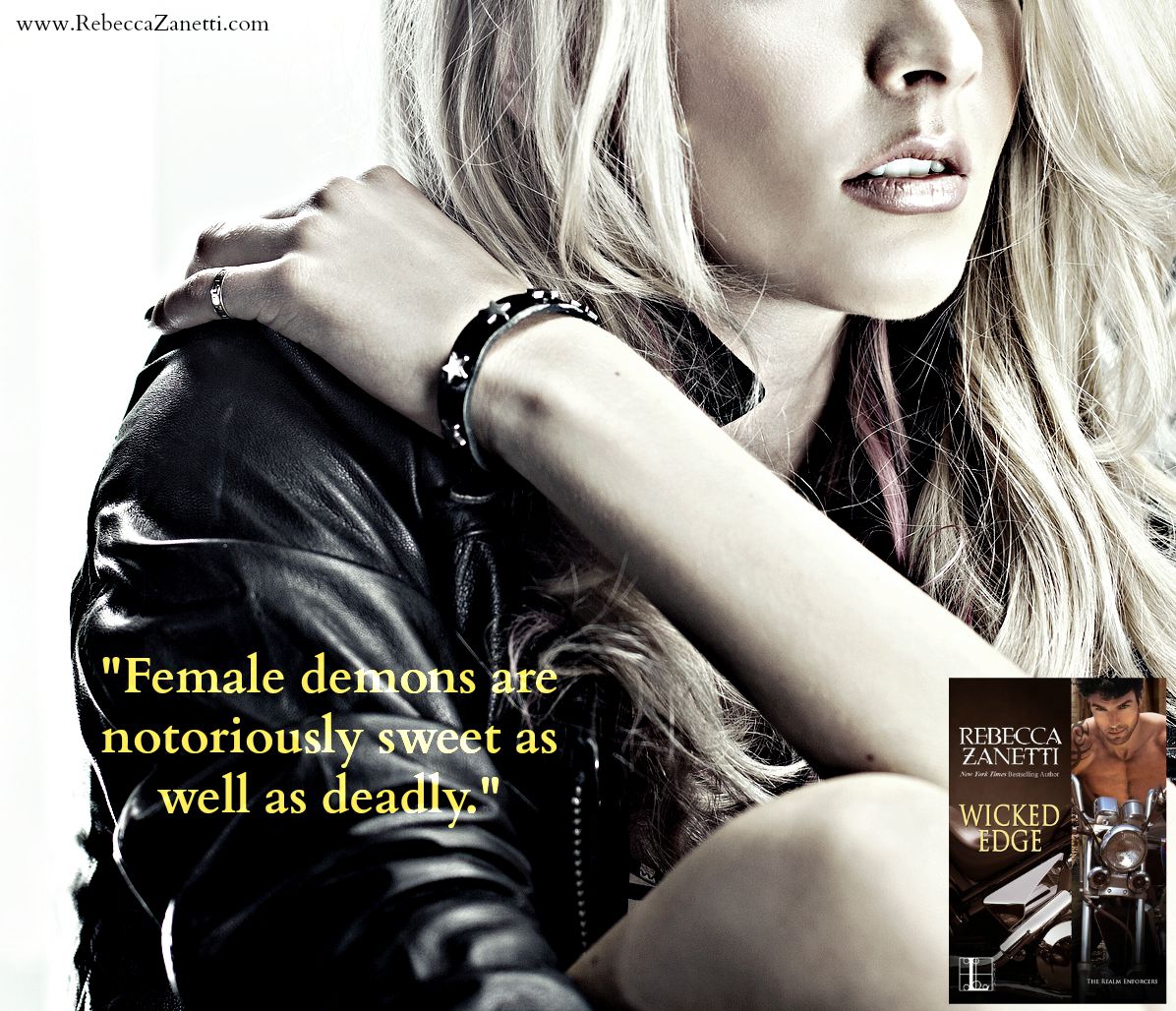 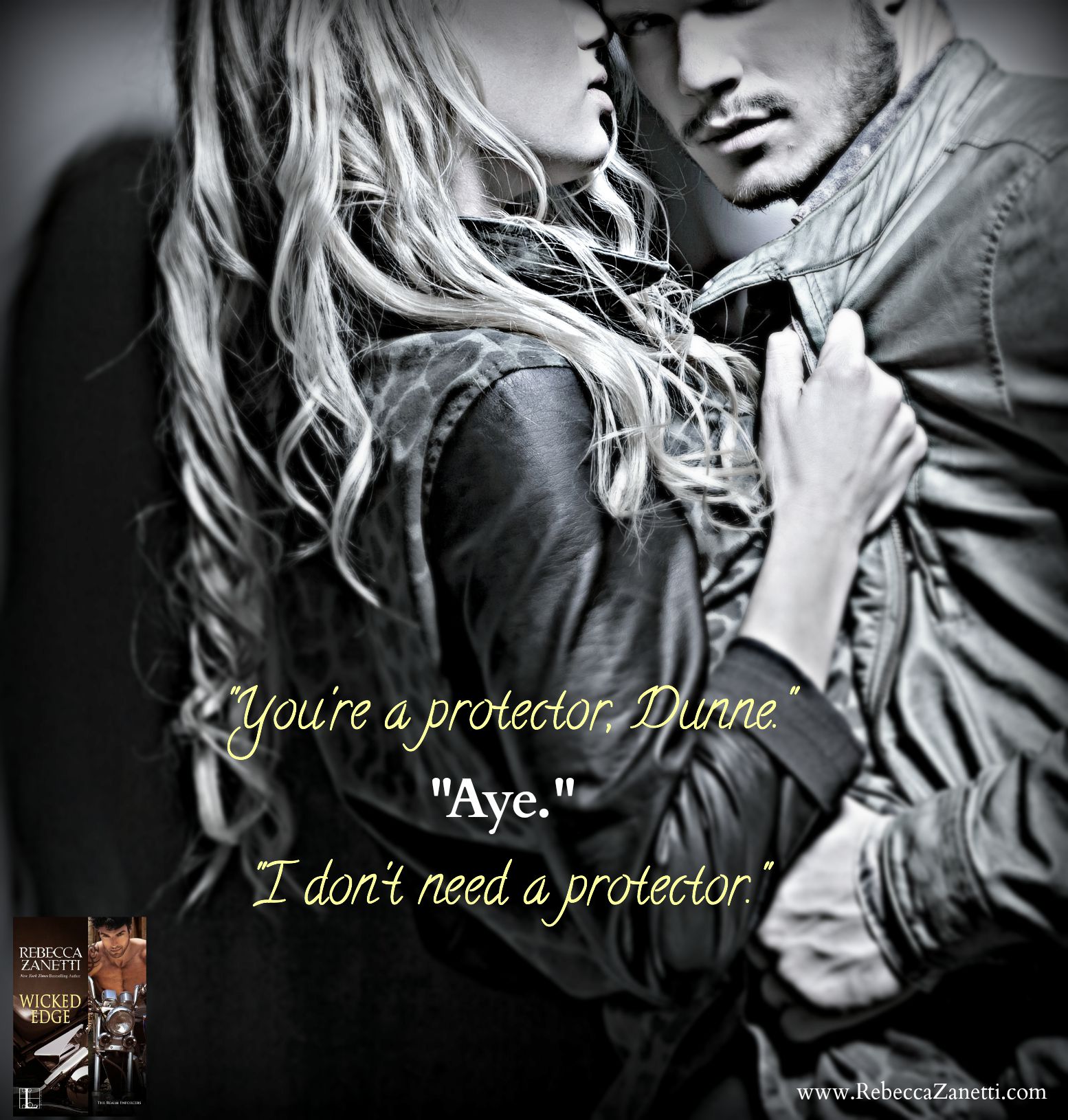 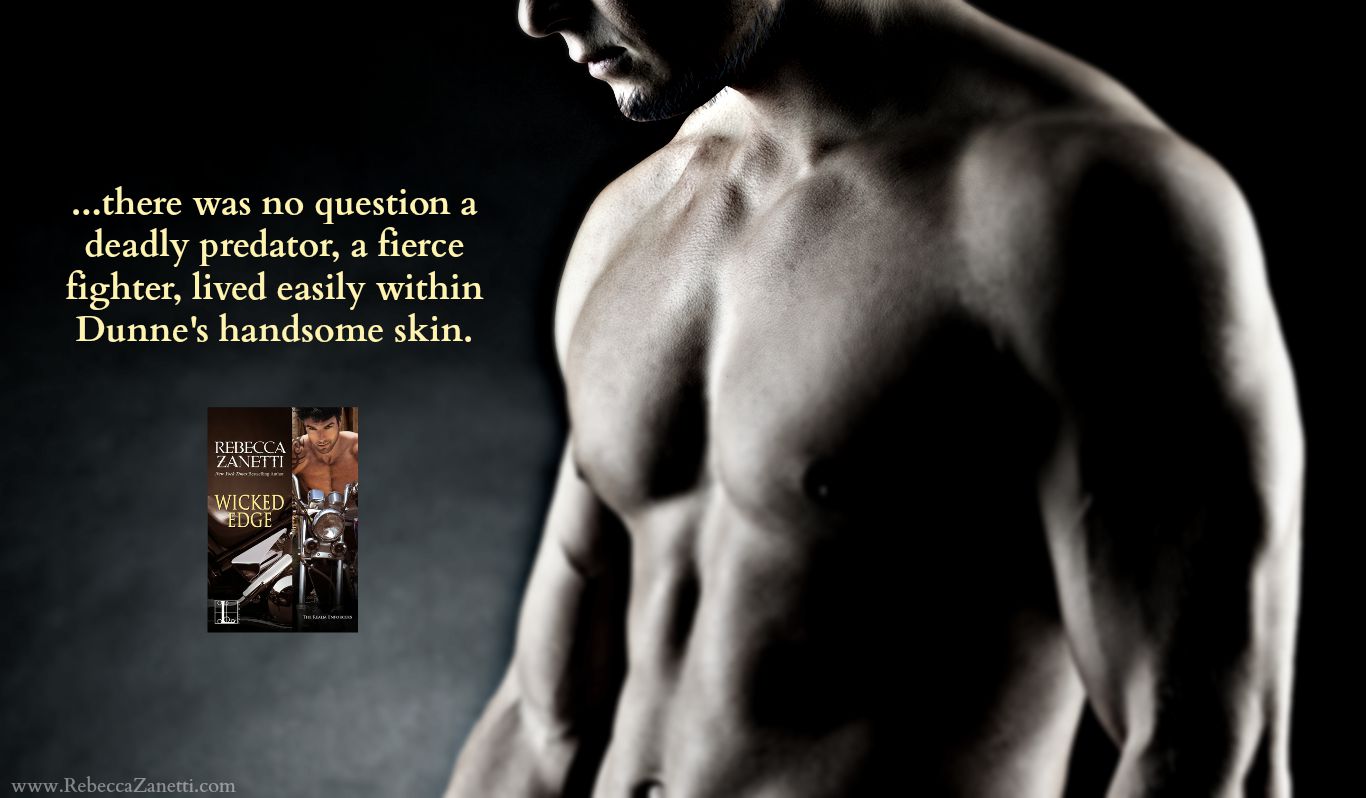 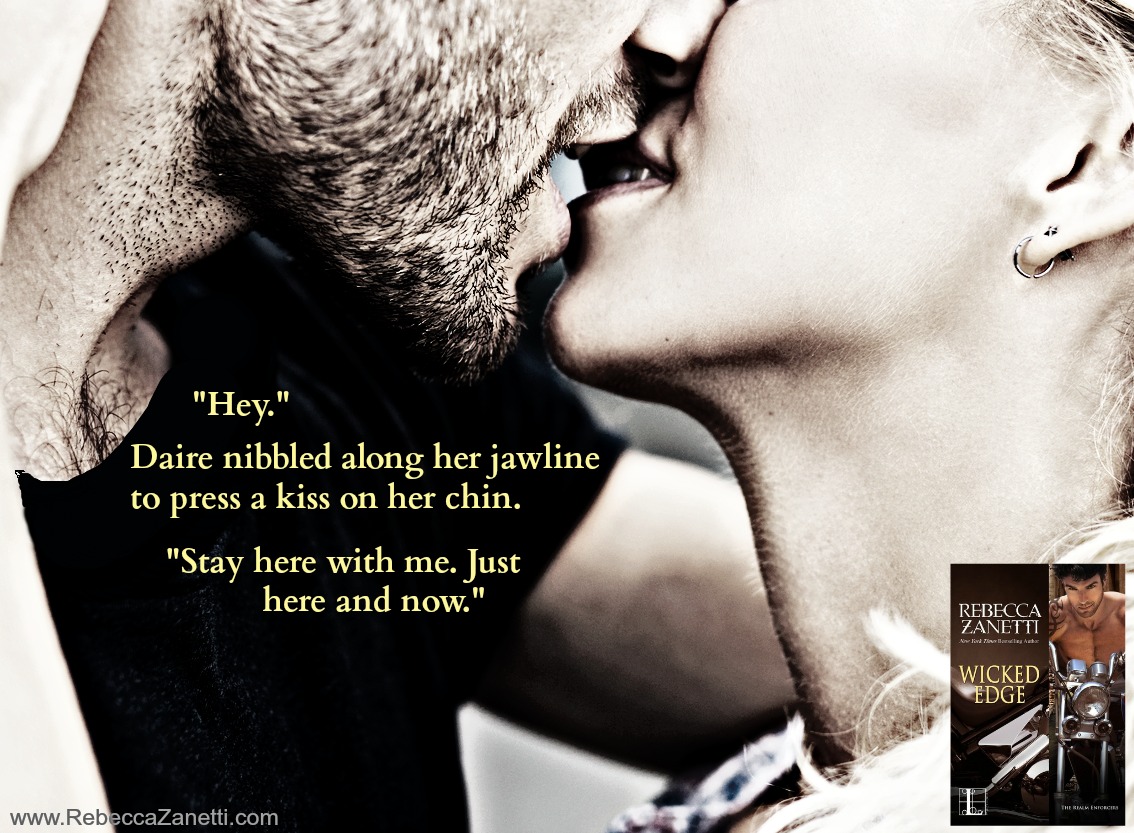 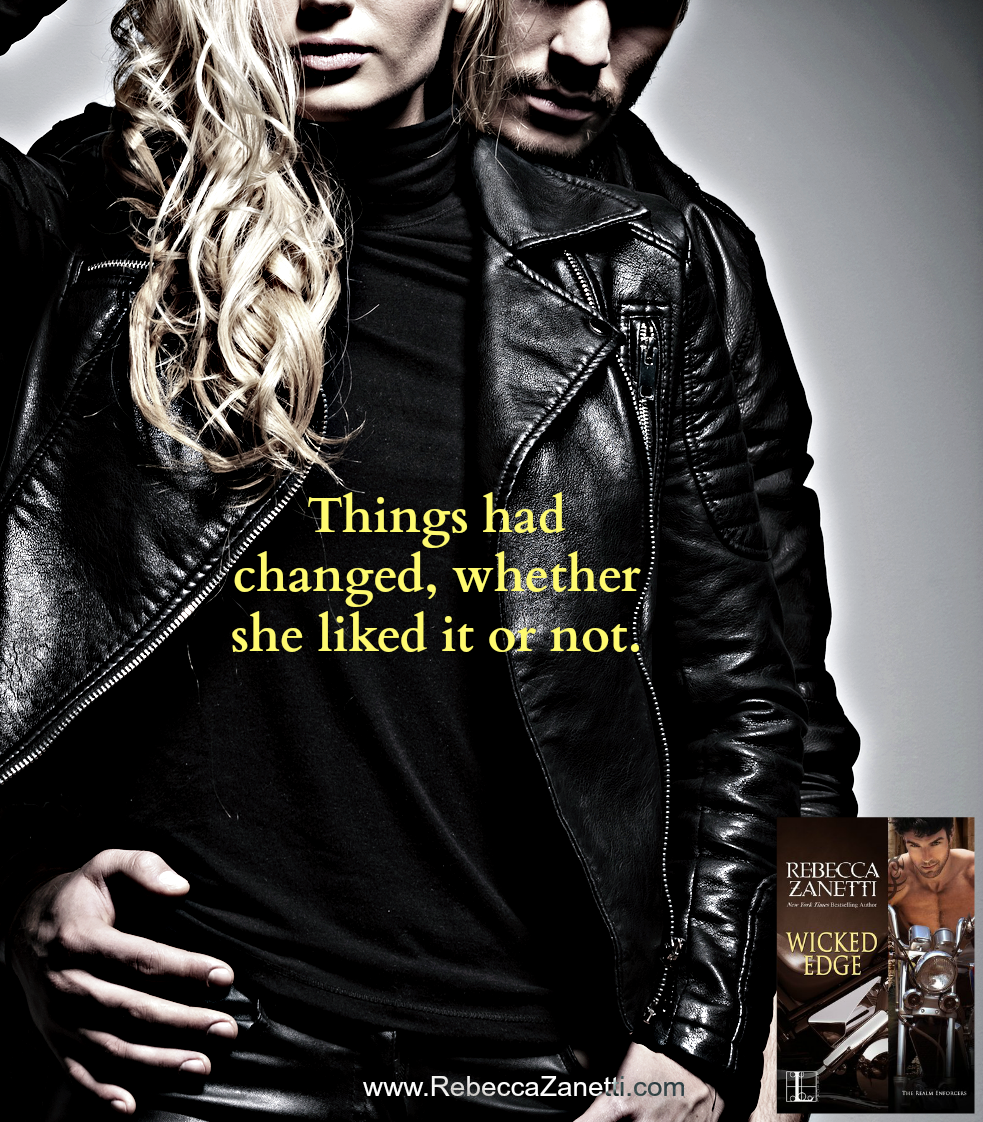 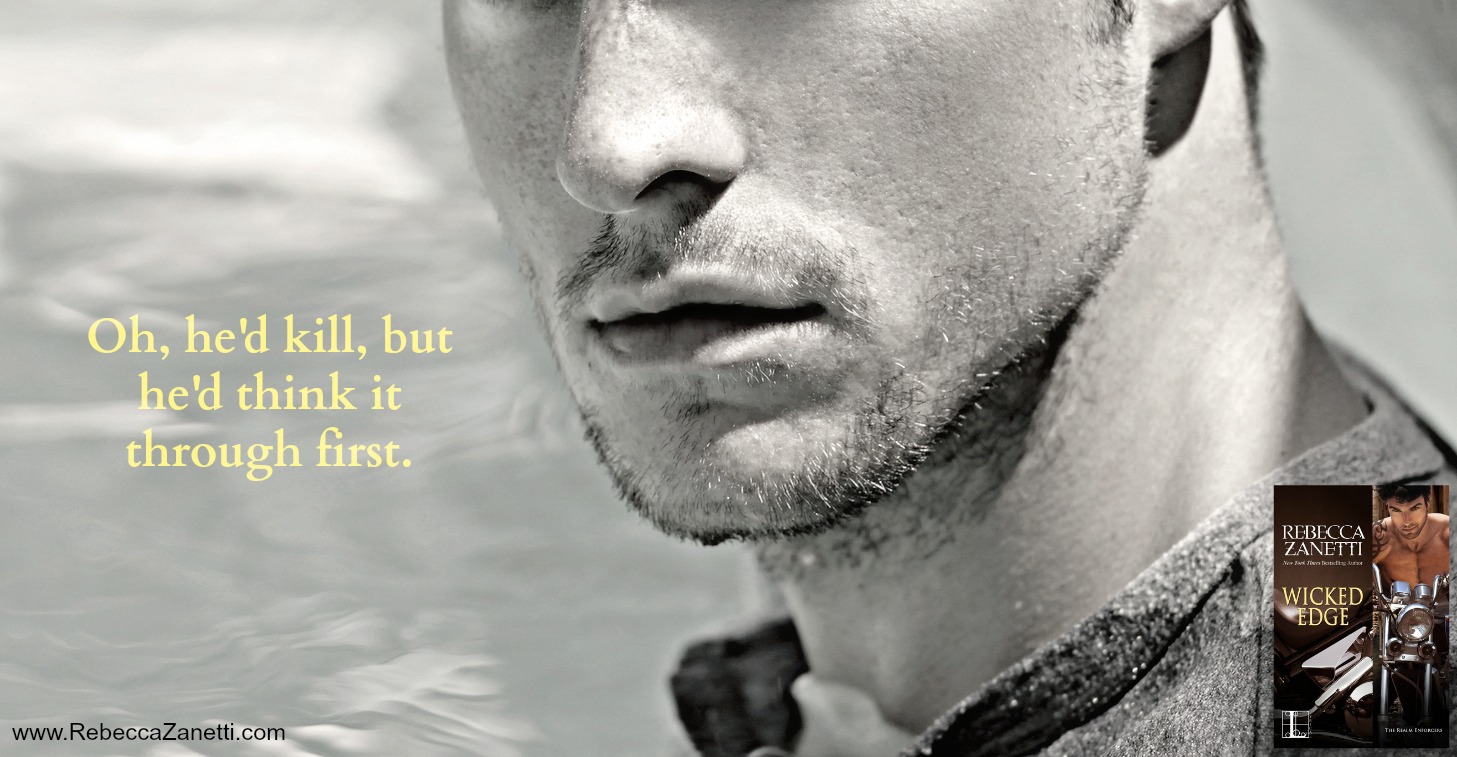 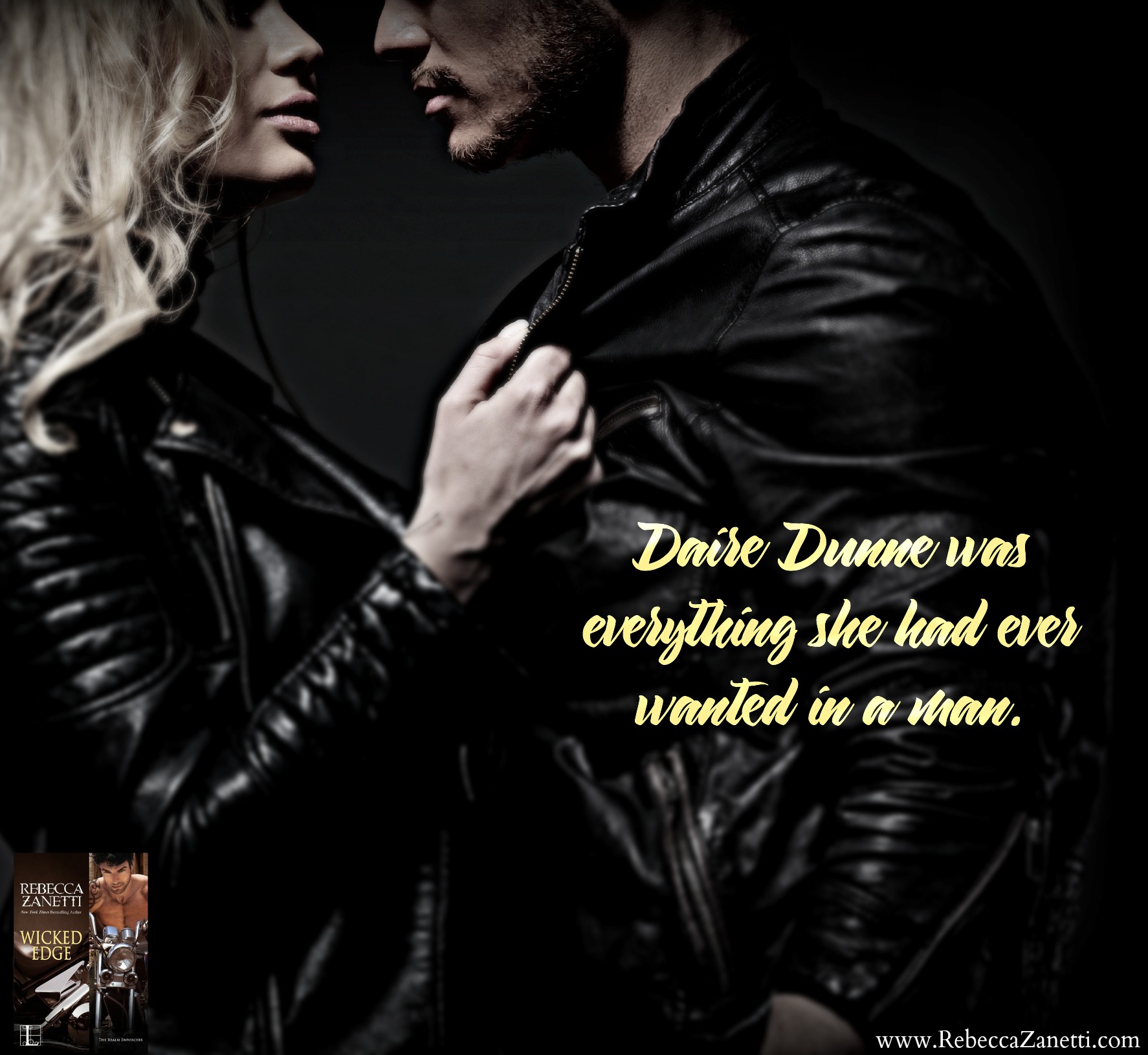 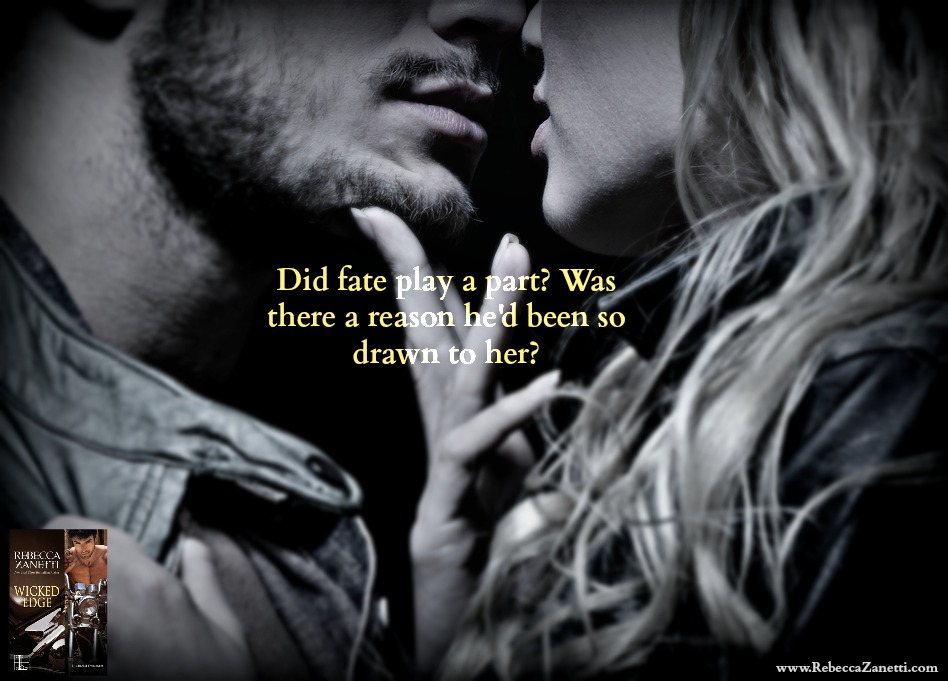 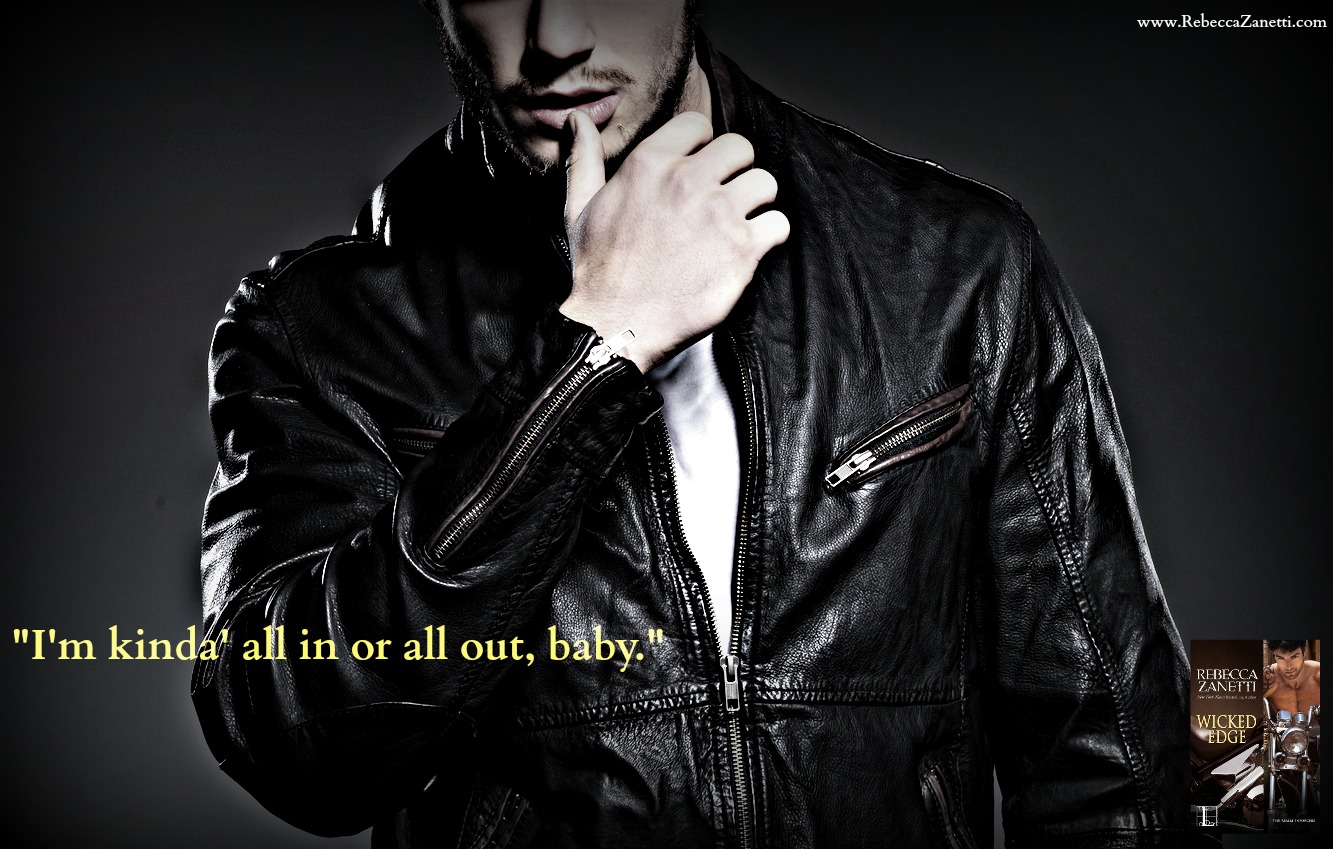 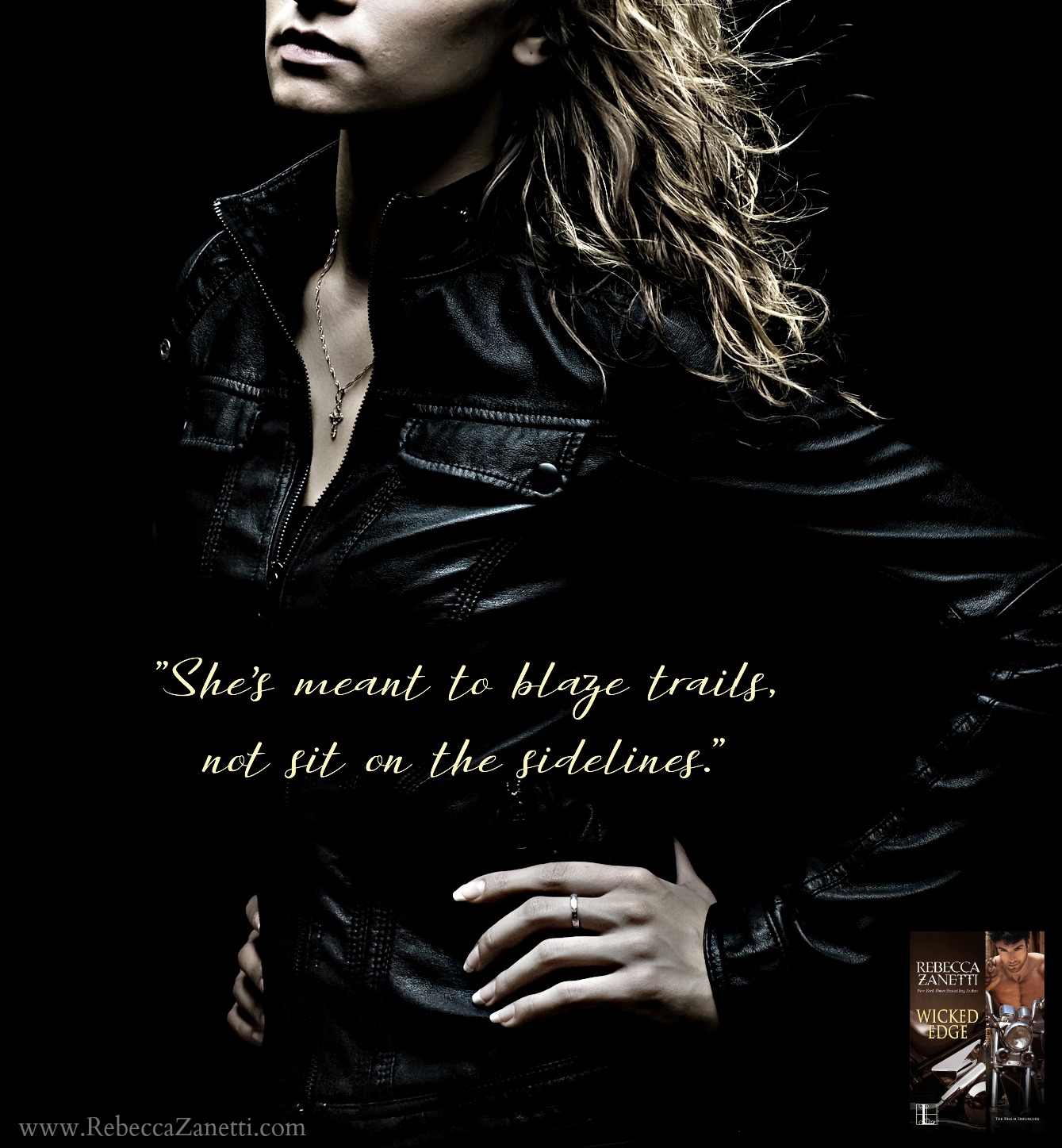 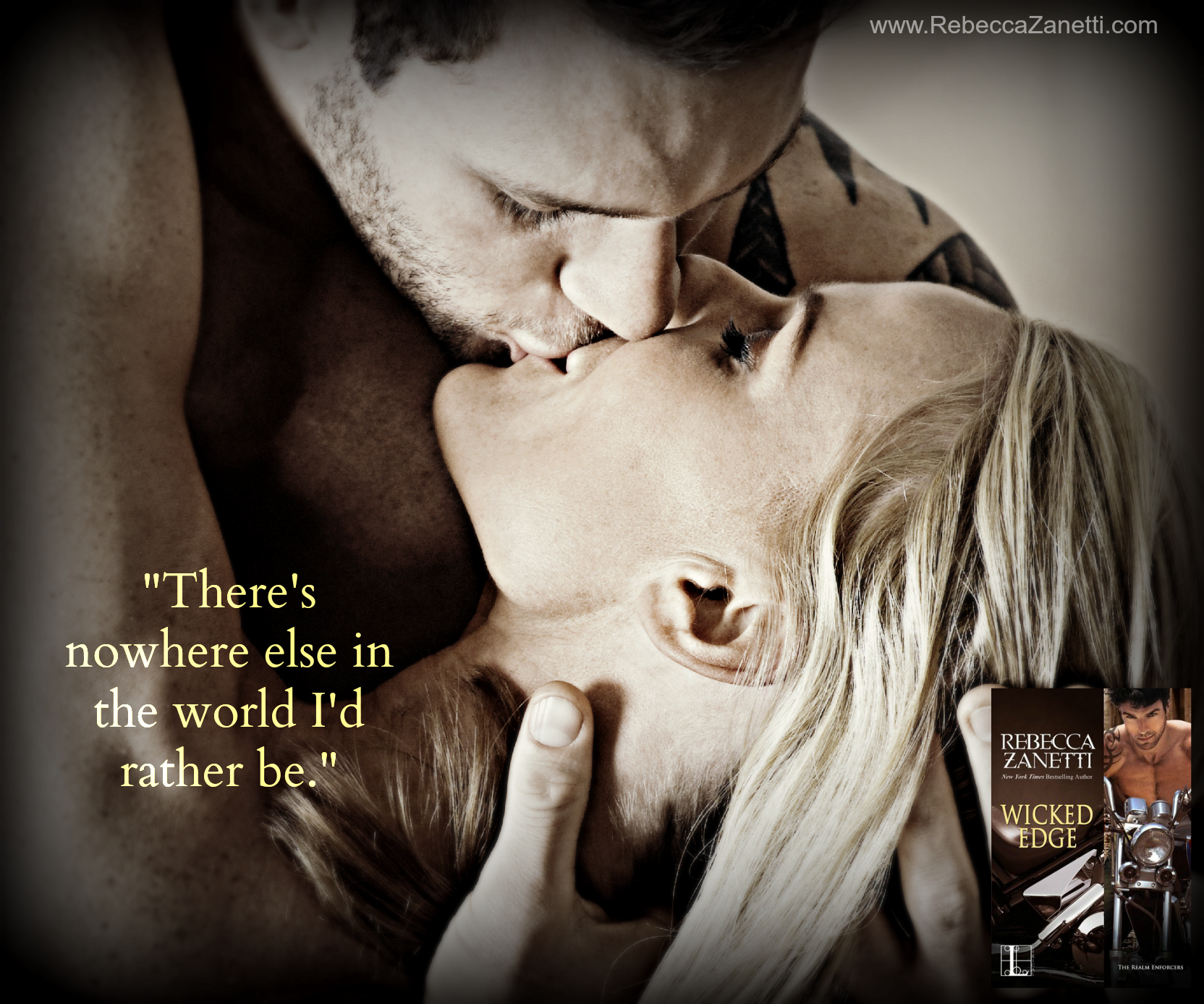 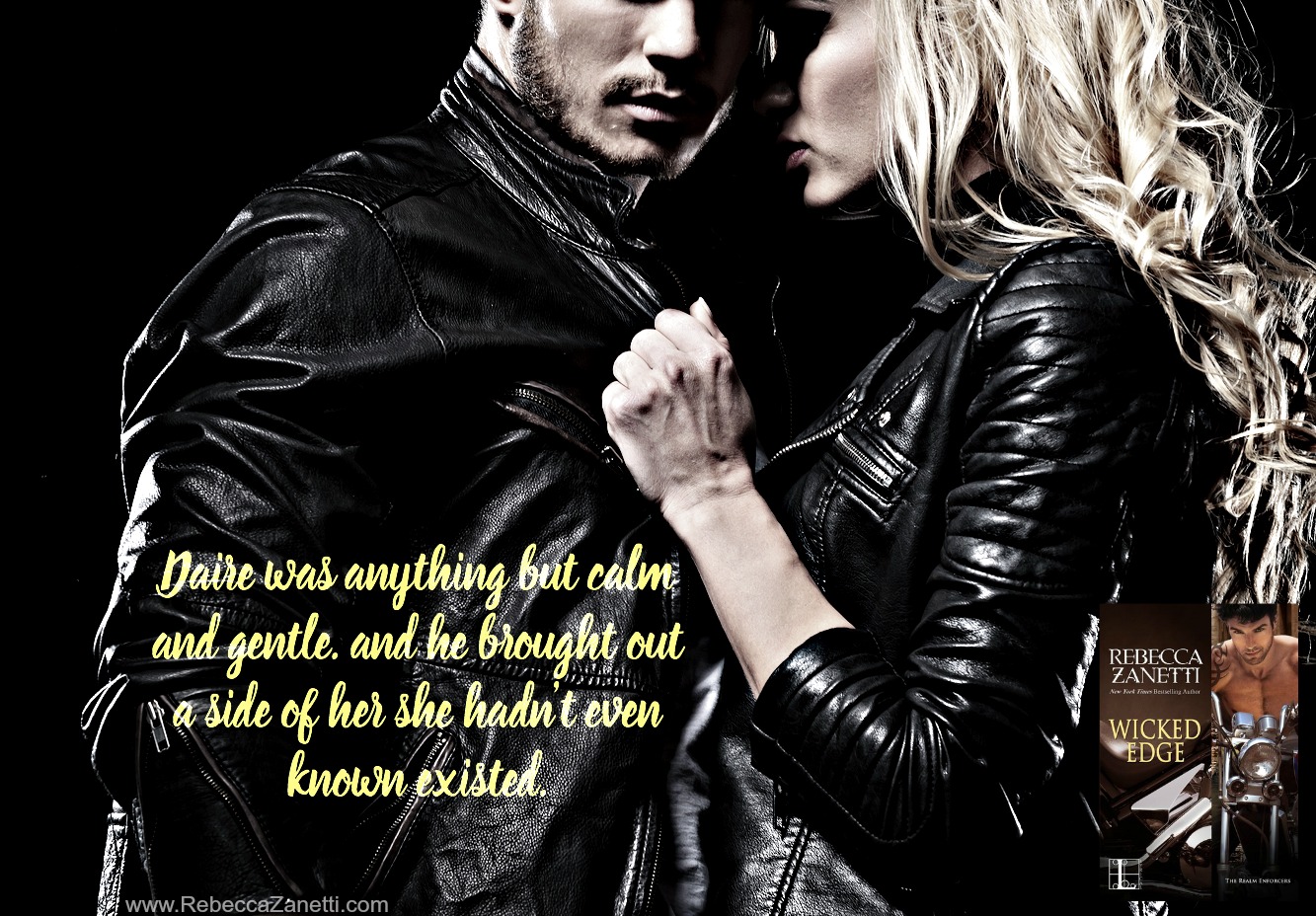