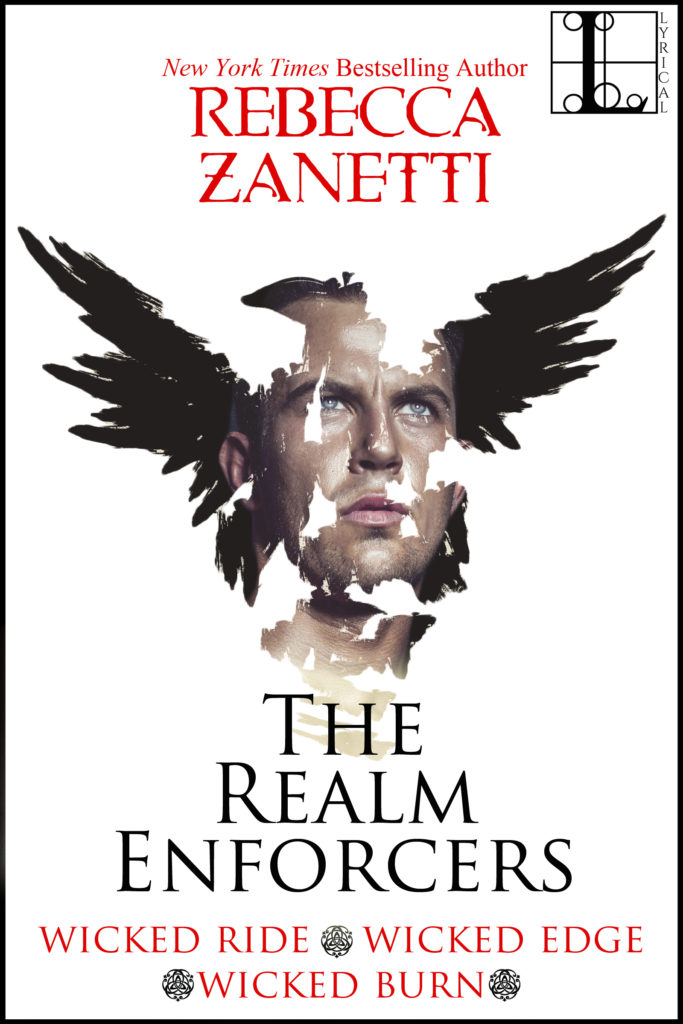 If you love Rebecca Zanetti’s Dark Protectors, try the wicked hot Realm Enforcers, together for the first time . . .

WICKED RIDE (originally published June 2015 in eBook format)
Seattle vice cop Alexandra Monzelle’s short skirt and sex-kitten heels are tools to lure her suspects into talking about the deadly new drug hitting the streets. But Kellach Dunne is complicating matters. An affair with an immortal like him could undo everything—including every bit of her resistance . . .

WICKED EDGE (originally published November 2015 in eBook format)
When Coven Nine Enforcer Daire Dunne spots Cee Cee across a Titan’s of Fire party, it’s not long before she’s back in his apartment. Where after one overheated kiss, she drugs Daire and steals valuable files that can’t fall into enemy hands. The second he comes to, the hunt is on . . .

WICKED BURN (originally published June 2016 in eBook format)
Irish witch Simone Brightston didn’t get to her position on the high council without serious power. But of all the men she’s known, Nikolaj Veis is the hardest to intimidate. So when he pulls up on a roaring bike and tells her to climb on or fight it out, the only thing to do is grab a handful of jacket and hold on tight . . .