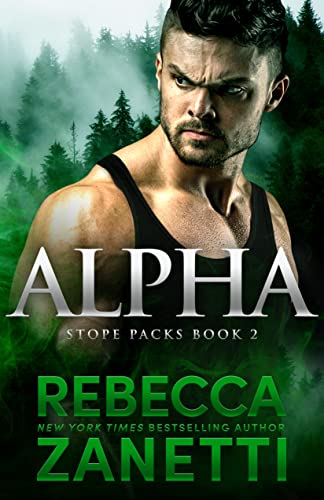 The Silver Pack wolves are back in an explosive and sexy romance as a new leader shows everyone, including his mate, what the word ALPHA really means!

As the new Alpha of the Silver Pack, Seth Volk is committed to his people and his duty with a deadly focus. As such, enemies are coming for him from both within and outside the pack, determined to end him before he truly gets started. Even so, there’s one female for him in life, and he guards her above all others with a singular determination that both intrigues and infuriates her.

Mia Stone was a trained FBI agent thrust into this world of immorality with centuries long enemies, a patriarchal structure, and shifting alliances that has her biting not only her lip but her mate. When a killer from her past makes a move toward her, she’s more than ready to meet him and take him down, although she’ll have to get past Seth to do so. Her loyalty is absolute, but the Alpha is about to see her temper in full force. Of course, a true wolf always bites back…

Other Books in the Stope Packs Series