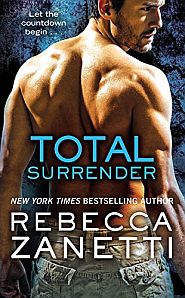 In a quiet basement secured by alarms, motion sensors, and land mines, Matt Dean studied trajectory patterns on one of the many computers placed around the room.  A silent plasma television took up one entire wall, while maps and battle plans covered two other walls.  Besides the computers, several over-sized leather chairs scattered around.

He and two of his brothers worked in the breathless time between night and morning before dawn in the wilds that were Montana.

“If Jory isn’t in Texas, my guess is that he’s out of the country somewhere,” Matt murmured, tapping keys to light up potential targets.

Nate Dean, his slightly younger brother, looked up from field stripping a weapon near the door.  His gray eyes, a perfect match for all the brothers, narrowed in contemplation.  “If he’s out of the country, my money is on Chechnya.”  He rubbed a bruise near his angled jaw.  “Or somewhere in the Mexico jungle.”

Good thought, but something, call it instinct, whispered into Matt’s ear that their younger brother, Jory, was in the states.

Shane, the wildest brother, glanced over from another computer where he was going through a video of Jory awakening from a coma several months ago.  Shane had filtered through the data, screen by screen, looking for anything to find a location at least once a day since they’d confiscated the video.  “He’s in the states, and he’s alive.  That much I know.”

Was Jory still alive?  For two years, Matt had labored under the weight that Jory was most likely dead and gone.  Worse yet, he’d probably died alone, which went against their very motto, Never Alone.  The motto had provided comfort in a shitty childhood filled with training, killing, and surviving.

Jory had been alone for over two years, and that thought cut at Matt daily.  He barely ate, and he could only sleep in short spurts to avoid the nightmares.  Every night he pretended to fall into sleep while next to his love, Laney, and the second she entered REM sleep, he slipped from the bed to work.  To somehow find his youngest brother.

Nate set the weapon aside and rolled his shoulders.  “Time is ticking, and we have to find him.”

Silence echoed from the ranch house above them, showing the other occupants still slept.   This time, as night turned into the next day, was just for the brothers.

Matt clicked through surveillance videos taken from all over the world, looking for anything to give him a trail.

A phone, the phone, buzzed from its special shelf on the empty wall.

He stilled and slowly lifted his head.  Against all training, his lungs compressed and his heart ripped into a run.

Shane shoved away from the computer, and Nate stood.

Yet nobody moved toward the phone.

The phone had remained silent for over two years.  A burner phone, untraceable, and yet the most important piece of equipment in the entire compound.

Matt launched into motion, nearly leaping across the room and taking the phone out of the charger.  His hands, always steady, shook like he was seizing.  Nate levered up on his right, and Shane on his left.  They all bent to read the text.

Nate shook his head, hope and fear shimmering in his eyes.  “We don’t know it’s him.  It could be a trap.”

August eighth, the birthday Jory had claimed as his years ago.  Nobody knew about that date except the four of them.  Well, nobody had known of the date.

Nate dropped to a computer and punched in the coordinates.  “Mountain in Utah.”  He typed in keys and brought up a satellite view.

Matt leaned over his shoulder.  “There’s a clearing to land.”

Yeah.  Too convenient.  Matt grabbed another burner phone out of a basket and dialed the number.  Nothing.  No answer, no tone.  Whoever had used the other phone had destroyed it immediately.

“Just the three of us, fully armed, bullet proof vests, and we go in ten minutes,” he ordered, trying to keep his voice calm.  Had they finally found Jory?  Was it a trap?  He should go alone, but no way would his brothers let that happen.  That much he knew.

They’d all go and finally, hopefully, find the fate of their youngest brother.

Could he be alive?

The hope flaring alive in Matt’s chest actually cut sharp like a blade.  That was the problem with hope.  Sometimes it was better than reality.

He glanced at his brothers, and his chest hurt more.  Shane was almost gleeful, so sure they’d found Jory.  Nate, on the other hand, was trying to quash down the hope he so obviously felt.  If it was a trap, and if they found out Jory was dead, Nate would take it upon himself to save both Shane and Matt.

Who would save Nate?

“Five minutes to stay goodbye, gear up, and we go,” Matt ordered, turning for the stairs while trying to convince himself this was like any other mission.  He had to stay calm and in control to protect the brothers he knew still lived.

But what if?  What if they’d finally found Jory?  He rubbed his sternum and ran up the stairs, through the spacious kitchen and toward one of the suites in the back of the house.  Soon they’d all build their own houses around the property, but for now, as they settled in, it was necessary to all work and eat meals together.

He slipped into his suite to find Laney Jacobs sitting up in bed reading a medical journal.  “Laney?” he asked.

She set aside the journal, her pretty brown eyes serious.  “I was just reading up on surgeries near the spine.”

Where the kill chips had been implanted into the Dean brother’s backs.  As soon as they found the code to negate the chips, Laney would use her surgical experience to take them out.

Matt leaned over and indulged himself with a kiss.  “I wanted you to sleep,” he murmured against her lips.

She shrugged.  “You don’t sleep, I don’t sleep.  Not until we take care of these kill chips.”

He nodded, his heart full of her.  She was everything strong, sweet, and soft in the world.  “We received a text on the private phone, hopefully from Jory.  We’re heading to coordinates in the Utah Mountains.”

“I want it to be him so badly I can’t think straight.”  Matt always gave her the truth.  “So I just don’t know.”

She caressed a soothing palm down his arm.  “It’s Jory, and he’s fine.  You’ll bring him home tonight, Matt.  I just know it.”

Warmth flushed through him.  He’d needed to hear that, even if it turned out to be a pipe dream.  “I have to go.”

She slid out from the covers and stepped into his arms, leaning back her head.  “Be careful.  Whatever you do, take your time and scout out the area before you go in.  Promise me you’ll stay alert.”

“Love you more.”  She patted his back and stepped away.  “Can’t wait to finally meet Jory in person.”

Matt nodded, unable to speak.  He turned on his heel, suited up in the armory, and met his brothers in the hangar housing the Blackhawk.  Minutes later, they were in the air, all silent in their own thoughts.

He’d never understood God, and he figured they may not be pals, but as he piloted the craft, he said a quick prayer anyway.  Couldn’t hurt.

The ride took hours, and they maneuvered between tumultuous weather activity.   Angry clouds blanketed Utah, and over the mountains, threw down rain and hail.  Visibility sucked, and yet, they plowed on.

Finally, they reached the coordinates.  He flew down beneath the cloud cover and winced as rain and wind rocked the helicopter.  A river wound next to a tidy cabin near the clearing he’d seen via satellite.  He gave hand signals for his brothers.

Only one of them would step out of the helicopter, while the other two would remain armed, aimed, and ready to fire from behind protection.

He set down and unbuckled.  No movement came from near the cabin, and with the storm, he couldn’t use his abnormal senses to hear heartbeats.

It took every ounce of control he’d honed through the years to keep from leaping out and running full bore for the cabin, yelling Jory’s name.  Instead, with a side glance at Nate, he opened the door and dropped to the ground.

Something moved near the cabin.

He stepped slightly to the left for a better angle, the blood rushing through his head.

Strong and sure, standing in the rain, was Jory Dean.

Then Matt was running.  Hard and fast across wet weeds, he met his brother, manacling him up in a hug that settled the entire universe.

Jory hugged back stronger than any bear, and Matt levered back to look.  To really look.

Tears rolled down Jory’s cheeks, but health and intelligence shone in his gray eyes.  Matt’s eyes teared, and he didn’t care.  For so long, he’d felt wounded, sure he’d left his brother alone.  Sure he’d let down somebody who should never be let down.

But Jory was a survivor, and Matt had trained him well.

Nate and Shane took turns welcoming the youngest brother back with hugs and garbled words of gratitude.

For the briefest of moments, before they returned to reality, Matt allowed himself to relax and feel peace.  To know that all four of them where together again.