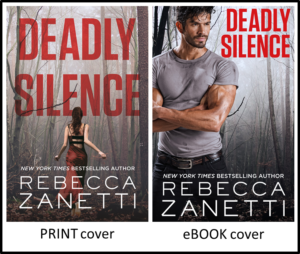 Boys back at the Ranch

Greg sat on a log facing a wide and open field surrounded by pine trees.  Mountains rose all around them, and the sky in Montana was just as wide as he’d imagined.  Mellow sun shone down on him, and he picked a blade of grass to rub between his fingers.

“You okay?”  Chance, his older brother, dropped onto the log next to him.

“Yeah.”  Birds trilled in the distance, and a frog croaked near the river rushing by the forest.  “I’m fine.”

“It’s a lot, right?”  Chance asked, leaning his elbows on his knees.

Greg breathed in pine scented air.  “It shouldn’t be.”  The ranch was as close to heaven as he could imagine.  People who cared about him were everywhere, and those same people would die to protect him.  Especially the adults, which was a new reality for him.  “I’m grateful to be here.”

Chance snorted.  “It’s all right to be overwhelmed.  Sometimes I am.”

Greg turned to look at his older brother.  Chance had thick dark hair and odd grey eyes.  While they might not be genetically linked, they were definitely brothers.  “Sometimes I’m afraid I’m still lost and trying to get home, you know?”

Chance nodded, his eyes darkening.  “That you’re just dreaming and will wake up and be in hell again?”

“Yeah.”  Greg hunched his shoulders as shame took him.  “I’m sorry.”  He should be appreciating every damn second, and he knew it.

Chance punched him lightly in the arm.  “There’s no sorry. You feel how you feel because life has been shit and we don’t know how to handle the good stuff.  Stop worrying about it.  You’ll slide straight into it, and one day you won’t doubt your right to be here.”

Yep.  His brother had nailed it.  Greg was raised to fight and kill, and he’d done his job.  At twelve years old, he was already doomed.  “I don’t deserve this.”

“Sure you do, and one of these days you’ll believe me.”  Chance glanced toward the field.  “Plus, they need us, right?”

Greg blinked.  The Dean brothers were just as well trained as him, if not more so.  They were dangerous, deadly really, but they were on his side.  “Um, I’m not sure they really need us.  Those guys are tough.”

“Yeah, but they’re old.  Even Jory will be thirty soon.”  Chance cracked a grin.  “Plus, they all have wives now, and Audrey is pregnant.  It fractures their concentration.”

Greg sat up straighter, and his chest filled.  “You’re right.”  He could protect everyone.

“Always am.”  Chance breathed out, and in profile, he looked just like Jory.  “Please promise me you won’t die.  I can’t bury you ever again.”  His voice cracked on the last.

“I promise,” Greg whispered, his chest hurting for a moment.  “I missed you guys.”

“Yeah.”  Chance straightened as the entire group came into view across the field, even the grandparents who carried lawn chairs and big drinks.  “I guess it’s time for you to learn how to play baseball.  For some reason, the guys all love it.  But watch out because Jory makes up rules and is okay with cheating a little.”

“You’ll catch on quickly.  We all did.”  Chance tossed a pebble aside and stood.

Greg swallowed.  The Dean brothers, Matt, Nate, Shane, and Jory, were tall and moved like trained predators.  His brothers, Wade and Kyle, were younger but just as graceful.  Nana Rachel, Grandpops Jim, Grandpa Earl, and the newly arrived Grams all chattered happily.  The four women in their wake caught his attention.  All different and all so feminine and sweet.  He’d never really met sweet before Zara, who he missed daily.

But these women.  Josie, Audrey, Laney, and Piper.  All smart and delicate, at least to him.  “I’m not sure what to do with them.”  He kind of wanted to go explore the forest by himself.

Chance barked out a laugh.  “Let them be them, and you’ll be fine.”

“Okay.”  Greg breathed and nodded.  “I wish Zara and Ryker would relocate here.”

“They will.  Don’t worry.”  Chance dropped an arm around Greg’s shoulders and drew him toward the group.  “Keep your eye on the ball and just run after you hit.”

Greg nodded and waited until teams were assigned.  His game was a bit rough at first, but soon he was just as graceful as his brothers.  At his second time up to bat, he hit a double and slid into second, throwing dirt.

“Nice!”  Jory yelled as he hustled to bat next.  He gave Matt, the pitcher, a hard look and then grinned.  “Get ready to run home, Greg.”

“I’m already there,” Greg whispered, looking around at this new family surrounding his brothers.  For the first time in his entire life, he belonged somewhere good.  Chance was right. He was starting to actually feel it.

Jory cracked the bat, and the ball soared away.

Greg ducked his head and ran, his concentration so fierce he missed the dog barreling his way.  Chance yelled a warning, but Greg didn’t see the mutt until it was almost too late.  He jumped up, full force, trying to keep from hurting the dog.

He missed the dog but fell hard, rolling into third base.

Pain bloomed through his arm, and he sat up, checking to make sure the pet was okay.

Laney, Matt’s lady, was the first to reach him and dropped to her knees.  “Let me see.”  She gingerly reached out and touched his arm.

She arched an eyebrow.  “I’m a doctor.”  She ran a finger along his arm and then prodded, her pretty eyes serious.

Suddenly, people surrounded him, looking down and appearing way too concerned.

Josie, Shane’s wife, knelt and patted his shoulder.  “It’s okay, Greg.”  Her brow wrinkled in concern.  “Laney’s a great doctor.  Does it hurt?”

Laney nodded.  “I think it’s just sprained.  Let’s get him inside.”

Greg bit back a chuckle.  They were acting like he needed a stretcher.  He looked around for help, frowning at seeing his brothers staying out of the way.  Chance grinned and shrugged.

Laney helped him up.  “Do you need to lean on me?” she whispered.

His mouth dropped open.  “No.”  He probably outweighed her.

The sweet motion, the kind caring, nearly brought tears to his eyes.  “I’m okay,” he whispered.

She paused.  “Well, then.  I guess we’ll make chocolate chip, peanut butter, and oatmeal, and you’ll just have to choose.”

Laney hugged him closer, turning him toward the main house.  “And you can watch whatever movie you want on the big television while we ice your arm.”

He stumbled and righted himself.  “I think Mattie wanted to watch the game.”

Matt groaned behind him.

Greg grinned.  “I guess you’re right.”  He had wanted to watch the new Star Wars movie.  As he let the women guide him to the safety of the house, he caught Chance’s eye.