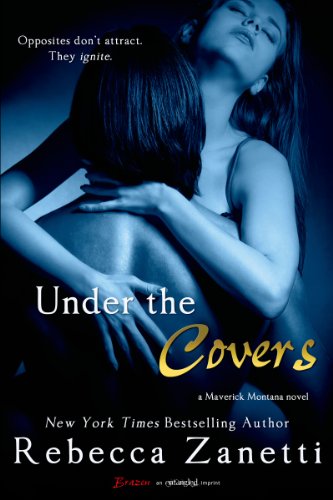 Under the Covers Excerpt 1:

Under the Covers Excerpt 2:

Reviews for Under the Covers:

** “If you’ve read the previous book in the series, then you know there is an emphasis on family. I LOVE THIS! The tight-knit group and all the banter between them propels this book from good to great. I am very much looking forward to reading all about the characters. Hopefully Hawk will have a book as well.” Four Stars – Annie from Under the Covers

** “WOW! Not often does the second book match the intenseness of the fist from a series, but UNDER THE COVER surpassed it. Whatever it was that didn’t quite clicked with me while reading AGAIST The WALL, book 2 of the Maverick Montana Novels, has it. I’m not sure if its Quinn cocky arrogance which Rebecca writes so well or the tuff defiance that Juliet has to withstand him, but I totally absorbed this book!” Five Stars – Carol on Goodreads

** “I lost my mind reading AGAINST THE WALL and Rebecca continued to thrill me with UNDER THE COVERS…. Bottom Line: Romance Readers Will Love This Series – Period.” Five Stars – Author Stacey O’Neale

** “This story is full of passion, great people, great family and loads of love.” Four Stars – Lauren at Live Read and Breathe Reviews